As many of you already know, I've been having issues with Active Rain and its' new management. In November, when Jonathan Washburn sold his stock in AR to Market Leader, my stock also had to be sold. I was not a happy camper about that. As a matter of fact I was heart broken, pissed off and concerned that being told I had to cash out was a prelude of things to come as far as AR goes. Honestly, I thought the end of AR, as we know it, was near. I felt that Broker Bryant and myself, caught in the fall out as it were, had been "left out to hang", and had become disposal, for loss of a better word. Nothing Nikesh (AR's CEO) said, openly the way he did , (see comments if you click over to that), made any difference to me at all. When all was done, and said, I simply sulked away from AR to lick my wounds and concentrate on making holiday magic for my family.

Recently, with the holidays behind us, I was sent all the paperwork we needed to sign to cash out with AR. (Wait. Before I continue, you need to know we're not talking an enormous amount of money here. Nor did I own huge shares of stock. Not so. It was a very small investment, as investments go.) Receiving this paperwork brought back all the frustration I had felt in November. I put up a status update on FaceBook that led to a lengthy discussion about AR, good and bad. I also engaged Nikesh openly. He and I went back and forth, and back and forth, one more time. And then it happened, Nikesh said something that finally made sense to me, so I picked up the phone and called him, which I had refused to do many times as he had requested. I had declined calling him because I was convinced I'd be talking to a "Corporate Suit". I had no desire to do that.

After spending an hour on the phone with Niki, it turns out, he's not anything like I had perceived him to be. He's actually very funny, kind, sensitive to the Real Estate profession, and empathetic about the feelings and concerns I expressed to him. I was totally surprised by my conversation with him, and indeed impressed. He honestly cares about AR, its' employees and its' membership. We talked extensively about the platform and its' future. I found him to be sincere in his desire to push AR forward, and to help it keep up with technology as it (technology) changes at the speed of light. That's no easy task but, I believe he will succeed with this goal. It's just the way he's wired. He has grown to truly love AR the way we all do. Its' future means so much to him that he and I were able to hash through my feelings, concerns and disappointments. I believe if there was anything Niki could do to make us whole on our investment, he would, and wouldn't give it a second thought. As our conversation unfolded I realized it couldn't be done. I was asking Niki for the impossible.

I wish I could disclose more to all of you but, that's a no can do. I've not signed an NDA but I've given my word, as a lady, that much of what was discussed will remain private. What I can say is that as time progresses you will see changes that will benefit the Community as a whole. It's a wonderful feeling to know that something you helped to create with your time, your love and a little bit of your money, will not just disappear or change so much that it loses its' original vision. Years from now AR will still be here doing all the things it does best. The things we've all grown to love about this Community.

So with all of that said, I'd like to finish this post with a public apology to Niki, WidowMaker (Bob Stewart) and Kerrie. I've been difficult to deal with for I felt I was being deceived and placated in all of this. That's the furthest thing from the reality of it. Niki, Bob and Kerrie have done all they can to make things right with me but, sometimes my passion for AR over rides my common sense. I ask that all of you refrain from letting your emotions over ride what's really best for AR and its' members. That's exactly what I did, and having to muddle through that, sucked. Don't do as I did, give Niki and everyone at AR HeadQuarters the benefit of the doubt. They really are not out to harm you, steal from you or make things hard for you. Again, furthest thing from the reality of it. Roar :)

P.S. For all you Newer Members who have no idea who I am, I am AR's first Mother. All these years later now makes me AR's aging Grand Mother. Hope that clarifies things for you.

TLW's Standard Blog Disclosure: If you don't like this blog, or have nothing nice to say, scroll on. Neither I, or my subscriber's, need your negative attitude. Go pollute some other RainPond and leave mine alone.

All content, images and video are the sole property of TLW and Roar Productions. All rights reserved.

Tags:
tlw
the lovely wife
roar
niki
my tags are a mess

Congratulations on making the phone call and getting the challenges resolved.  I love the advicea about how to handle things when you perceive they are not going well.  It's not easy to do.  Also, I appreciate your stepping forward to say that you made a mistake and things are going well.  That's not at all easy to do.

AR is a great place, hoping it will be for a long time to come.

TLW, for some reason I missed all what happen and/or what is going on. never the less your blog is interesting and unique for sure.

Nice to meet you via your very gracious blog. A smart mind is one that can change the course of direction given new information.

TLW, resoultions with difficult past situations are always a blessing.  Glad you and AR were able to accomplish this.

You are truly LOVED here at AR..Glad to hear this shall be in the past. Thank You for your honesty and standing upto what you believe in..

As a newly active AR member, I was horrified when I started reading your post as I had no back story. As I continued reading my anxiety level decreased and by the time I got to end I felt that AR is a good place to be.

Thanks, "Grandma" for being gracious in your public apology. I have subscribed to your blog.

Here's to hoping that you've got the "inside scoop".  Right now, I'm going to pretend that I'm from Missouri - - the "show me state."

How can anyone ignore a woman who has whip that does her talking (ouch)...? I am all ears here...

TLW ~ "C" all of the above! What class, grace, integrity!

Sometimes picking up the phone is the best thing to do. There are very few "pleasant" surprises in life, so I am glad that talking to Niki was one of those moments!  Sounds like we will moving upward from here! Thank you for sharing, as always.

Good Job, I love the way you worked through the process - thanks for sharing the story.

I liked reading this....and I'm sure AR staff and the AR community also like the new vote of confidence and the promise of better things to come.

TLW- You aren't old enough to be the grandmother... maybe the GRAND mother....

Hey Mama! Gonna be hanging out and growing old here with ya! I am studying my butt off for my FL exams (which is turning into an amazing bit of mischief - LOL). ;-)

Billie, what a class act!

That is one very moving, and very encouraging, Blog.

You are an amazing lady TLW and we love you very much. Having met you in person and putting that spunky personality to a real person makes it all that much sweeter to know you. Thanks for sharing something as personal as this and we all know that have been here for a while how you felt. I have had some very good conversations with Niki and feel that he really does have AR members' interests at heart. Katerina

Like
Donna Paul
Keller Williams Realty Gold Coast - Dix Hills, NY
Long Island Home Specialist,All About Real Estate
TLW, thanks for the update...your a class act. I'm so glad that you had that conversation and all is well. You are a true HERO for us here at AR. Thanks for sharing yourself with us.
Like
favorite_border 1
"The Lovely Wife" (Broker Bryantnulls Wife) The One And Only TLW.
President-Tutas Towne Realty, Inc. - Kissimmee, FL
Wow. Just stopped in for a visit. And wow. It appears things are going well around here. That's a wonderful thing :)
Like
Roy Kelley
Realty Group Referrals - Gaithersburg, MD 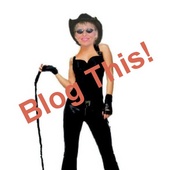 "The Lovely Wife" (Broker Bryantnulls Wife) The One And Only TLW.

This is my way of thanking all of you for all you've done. Please take this in the spirit in which I made it. It's not about points, marketing or egos. It's about the relationships. Go ahead, tell me I'm wrong. I dare you :)