Cricket: A wood-framed structure that diverts water away from chimneys, walls or other vertical roof projections and penetrations; also called a saddle.

Deck: The substrate over supportive framing to which roofing material is applied; also called decking or sheathing.

Drip edge: Flashing made of steel or other non-corrosive material that is placed along the eaves and rake edges at a 90º angle to let water runoff drop clear of fascia and into the gutters.

Eave: A roof edge that extends past the exterior wall line.

Fascia: Vertical roof trim located along the perimeter of a building, usually below the roof level, to cover the rafter tails at the eaves. Also called the boards behind the gutter.

Felt: Material of interwoven fibers saturated with asphalt and used as a protective under layer between shingles and decking; also called tarpaper.

Flashing: Metal or other flexible material used to seal the roof and prevent leaks around any projection or intersection, such as pipes, chimneys, dormers, valleys or adjoining walls.

Flat or low slope roof: A roof with a pitch of less than three feet of rise over a twelve-foot run; this type of roof needs a sealed system installation.

Hip: The external angle formed by the intersection of two sloping roof planes; from the ridge to the eaves.

Ice/Leak barrier: A self-adhering and self-healing membrane applied to the roof deck and designed to protect against water infiltration from ice buildup or wind-driven rain.

Laminated shingles: Strip shingles made with fiberglass mat and asphalt that are laminated, or textured, to create a three-dimensional effect. Also called dimensional or architectural shingles. There are also shingles that are called dimensional though they are made from a single material, not two materials laminated together.

Pitch changes: The variation in the degree of roof incline, which is expressed as the ratio of the rise to the span, in feet.

Plumbing boot: A prefabricated covering, usually of flexible material, used to seal around a penetration; also called a pipe boot or roof jack.

Rafter: The structural member supporting the deck and roof system components, extending from the downslope perimeter to the ridge or hip.

Rake: The inclined edge of a sloped roof over a wall from the eave to the ridge, and usually perpendicular to the eave and ridge.

Ridge: The horizontal external angle formed by the intersection of two sloping roof planes, i.e., where the two sides of a roof meet at the highest point.

Ridge vent: A type of roof exhaust vent that ventilates the attic along the ridge or hip line where the roof deck has been cut back; works in conjunction with soffit vents under the eaves.

Roof ventilation: A static, wind- or power-operated system for removing hot air and moisture from the air under your roof. Includes ridge vents.

Shed roof: A roof containing only one sloping plane; a single-pitch roof, with no hips, ridges, valleys or gables. Also called a half gable. The area at the top is called a clearstory, or clerestory.

Soffit: The finished underside of the eaves, or roof overhang, which can be enclosed or exposed.

Soffit vent: An intake vent in the soffit area of the house that provides attic venting at a lower portion of the roof deck and good circulation with other forms of venting such as ridge or roof vents.

Valley: The internal angle formed by the intersection of two sloping roof planes running from the eaves to the ridge, allowing water to run off.

Water shield: A watertight barrier used to seal water out at the eaves and rakes, in valleys, and around chimneys and skylights.

If you have a good working knowledge of these parts of your roofing system you will be able to know exactly what your Baton Rouge Louisiana roofing contracting is talking about during your walk through and estimate process. 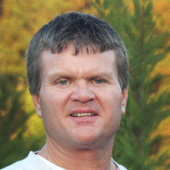