To all my buyers and sellers out there when you read how much business we are doing in Arizona perhaps it might make you feel more comfortable in making offers or finding investment opportunities.  Please call or email me for more info Short sales increased seventeen percent in 2011 over 2010.   There was less than a one percent difference in lender-owned sales in 2011 compared to 2010. How were properties purchased?  The king was cash.

Now is the time to get back into the Arizona market because the results speak for themselves!

Thanks so much for reading and commenting on my blog: Arizona 2011 vs 2010 Home sales - you will be shocked.

This Active Rain post is by Mark Taylor, to get your free mortgage approval please call 602-361-0707. Please click on the links below to view my AWESOME websites! 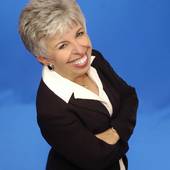