It's that time again for year end market reports!

A little late actually, I've been working diligently on my new website to have it up and ready by the end of the month so I apologize for the late market reports this year!

These reports were run using only Single Family Homes in Oldham County, KY that sold and closed in the years noted.

Oldham County saw an increase overall in number of units sold as well as a large increase in Average Sales Price: The greater increase is shown in the Average Sales Price for 2011: Another notable change: Average days on the market for homes in Oldham County went from 104 days in 2009 to a respectable 91 days in 2011.

A small increase in the number of homes sold in 2011 however, overall homes in Oldham County, KY sold faster and for MORE MONEY than they did the previous two years! 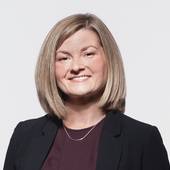 In depth real estate market reports and homes for sale in the Louisville, Ky metro area including Shelby County and Oldham County.