I've heard that all of the cool movers and shakers in real estate went to Real Estate Connect in New York (guess I'm not cool, I missed it.)  But hey, I did follow it on my twitter stream, especially the video portion, and I noticed quite a few attendees were wondering "How do you tell a story with video?"

In my past life as a tv reporter, I was expected to produce compelling stories that had a total length of 90 seconds or less on a daily deadline, so I 'm sharing some tips from both my experience in tv news and in my new passion, video production for real estate and small businesses.

Get Straight to the Point

Don't waste my time.  You only have seconds to get a viewer's attention.

Don't conclude that you have their attention just because they clicked on your video.  And forget about gradually building up to what you want to say or what you want them to see.  Use your best video first.  Yes, in the first shot.

If you're doing a video tour, make sure the first few seconds make the viewer want to see more.  If it's an agent profile, welcome them with a smile, a super quick introduction and then get straight to your message.  Don't wing it.  Know what you're going to say, and practice!

In tv news, if you wanted to run a piece that was longer than 1:30, you needed to get special permission from the producer, and you had to make your case why it deserved ten more seconds.  It can be argued that real estate is different - if someone is interested in a home, they want to see all the details, so they're willing to sit through a longer video.

I've seen (and produced) video tours that run closer to 3:30, so while I think shorter is better, I know Realtors who swear by the longer tours.  It depends on variables such as the square footage of the home and if you're marketing to out of town clients...they love the longer videos which will allow them to decide whether to travel a long distance to see it in person.  But a short, well produced video is always better than one that slowly meanders along aimlessly, essentially begging the viewer to click stop.

Just as movies feature a central character who you care about, remember to give the audience a reason to care about your video.  A neighborhood tour doesn't have to just show the features of the area - give us a soundbite with someone who lives there and loves it!

If you're promoting your services on video, include a client testimonial from someone who loves your work.  The person should be articulate, expressive, attractive and authentic.  In a property tour, the "emotion" may be more subtle, but you can still find it with a warm, crackling fireplace, a cascading waterfall, or in the script itself, describing how the unique features of this home will meet the needs of the buyer.

Write to the Video

People remember more of what they see than what they hear and they're more likely to believe their eyes than their ears.  So remember, in your video story, the video and pictures always come first in your script writing.

Write to the video.  Don't write what you want to say and then try to find the video or pictures to fit it.  Look at your video, find your best shots and then write to the images.

End with a Call to Action

Reporters are often told to begin their video pieces with their best shot, and end it with their second best shot.  That's what people remember.  And if the middle isn't quite as compelling, well, that might be forgiven.

So, make the ending count with a clear call to action, telling them in both the script and graphics, exactly how to contact you.

Storytelling is one of the oldest forms of art and although the technology may change, the need to tell our story stays the same.

So don't be afraid to jump in and happy videotelling!

Susan, great post it gives one a glimse into the past life of a tv reporter.  The most important thing of course is not to waste people's time and get straight to the point.  And don't save the best for last give them the best first  and the 2nd best you can save for last.

Hi Susan, an excellent list! Making better videos is one of my goals this year. Last year it goal was to just do it and get over my wanting them to be just right...but never getting anything out there. I try to stick to the under 2 minutes..but man is that hard..but then again, I'm a rambler...LOL.

Very good job explaining, concisely, how to build a story - worth watching.  Good video editing, like writing takes discipline, but creates a gem. Thanks for your generosity in sharing your "insider" tips on video production. I know many of us appreciate it. D :)

Thank you for the insights Susan.  Just getting started with this and it's very easy to ramble past the two minute mark.

Like
Susan Harding, HomeStar Video Tours
Portland, OR
Showcasing You and Your Listings, 855-579-6284

Carlotta - thanks so much for your comments!  While video can be powerful, people have so many pulls on their time, they're not patient once the video starts to roll.

Cindy -  Always great to hear from you and I've always enjoyed your videos!  And I know what you mean - two minutes seems to go so quick when you're voicing something...but it's also amazing how much you can cover in that time.

Hey Debb - Always love how you embrace video and share the work of others too!   Storytelling, whether in writing, video, or both can be a little intimidating if someone hasn't done much of it - but once you jump in, it's so much fun!

and thanks Dan - Glad to hear you're getting started with it and if you ever have any questions, feel free to send me a message.  I've heard video in real estate has really caught on in your part of the country.

What fantastic information you have posted here .. Video is so important and will single us out among others who do not utilize it

Thanks for the info

Excellent points! You need to connect with the viewer in the 1st few seconds. The Pain-Pleasure thing works well too.

If you think "real estate buyer" it is easier than wearing the shoes, moccasins of an agent, broker, REALTOR. That real estate buyer who is making the most important investment in their life, planning to relocate, retire, invest in another area they know little about. But like what they've heard, the prices that are lower in new area you teach them about with videos. Then the length of production is less important than fitting it in a 22 minute news show with three commercial cluster breaks. Worrying about rating sweeps, what competing channel five eye witness news is running in the same time slot.

Other agents, brokers who just want to being doing video without the learning curve, background understanding of the medium, can want a 30 second wonder weapon. The sound, the video subject, angles, lighting, all in combination is one neat way to do "home deliveries" of properties, of area traditions and local events the way the buyer wants, needs in their busy life. If your "videos" consist of a series of 26 second, 18 seconds mirror mirror on the wall, see me in video, then your views on your channel will stay painfully low, small. Turn the camera around, put the blinking red light on the local area, the property listings and pull back on the reins of the personal branding that can be borderline sickening, egocentric. Not little red hen helpful for the buyer wearing a Mickey Mouse watch ticking loudly.

Susan ... this is such valuable information for those of us who are just getting started with video.  Thank you so much.

I enjoyed reading the post and took to heart the tips you gave on keeping the video moving.  As one who is just getting into video...I need all the help I can get.  Keep those posts comin!

Susan - I'm working on the art of adding video to my storytelling.  Your tips are invaluable.

I loved your news stories and you were right, you got right to the meat of the story when you did a new story and from there you had us hooked, we wanted the rest of the story.

Hi Susan ~ what great tips from an expert videographer!  Home sellers and real estate professionals would be smart to hire you for their video projects -- your work is so excellent!

Looking forward to talking with you soon :-)

Susan~Some of this info/advice can relate in other ways--for example, writing a post in AR with your best photo being the first one and ending on a good note with a "parting shot" so-to-speak! I don't think I would want to take too long w/a video, just like a written piece shouldn't go on forever, either (unless it's a novel--not everyone loves Tolstoy!)

Kristine Ginsberg had great advice from a professor. Write your piece, then cut it in half. Roughly speaking, it did make sense to me and I've paid attention to not being too verbose (oops, am I doing that RIGHT NOW?) 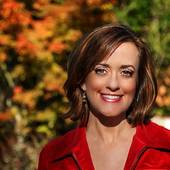