The Houston  Association of REALTORS (HAR) announced  that the Houston real estate market concluded 2011 solidly in the black. "December marked the seventh straight month of increased home sales and the month contained a host of indicators suggesting a healthy start to the new year. Prices of single-family homes across Greater Houston for full-year 2011 were up slightly from 2010. The median price reached an all-time high for a December in Houston and months inventory hit its lowest level in two years."

Its also interesting to note that the December sales of single-family homes throughout the Houston market climbed 7.2 percent when compared to December 2010. Positive sales activity was recorded in every segment of the housing market except the luxury segment—those homes priced from $500,000 and above—which was unchanged year-over-year.

The average price of a single-family home was statistically flat at $219,791 compared to December 2010 while the December single-family home median price—the figure at which half of the homes sold for more and half sold for less—rose 1.9 percent from one year earlier to $160,000.

The Houston housing market concluded calendar year 2011 with noteworthy gains in sales volume along with strong pricing. Single-family home sales rose 4.0 percent for the year while sales of all property types increased 4.3 percent. On a year-to-date basis, the average price rose 0.9 percent to $213,723 while the median price ticked up 0.7 percent to $155,000. Total dollar volume for full-year 2011 climbed 5.2 percent to $13 billion compared to full-year 2010.

This is great news and just further solidifies what we already know in Pearland: that the real estate market is good! If you are interested in buying or selling your home, give me a call! With over 17 years experience in the real estate market in the Pearland area, I can help you! Call me at 281.412.2022 or email me at pearlandhometeam@aol.com!

Maggie--great news from Houston, a good indicator that 2012 will be a good year.  NAR will release national stats later this week.

Great news for all of us here in the Houston and surrounding areas!

Maggie (Mae), this is such awesome information that you provided! The quality of your content is outstanding and certainly will be useful for those who are considering buying or selling! Great reasons to live in Pearland and to celebrate that little party hat in your margins! 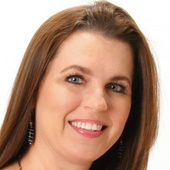