Major banks made it much tougher for all types of customers to get loans over the past three months, according to the Federal Reserve's quarterly survey of bank lending officers.

This summer's credit squeeze prompted an unprecedented tightening in lending standards at major banks. As credit standards toughened, demand for loans also fell, the Fed reported Nov. 5, providing some fresh details on the fallout from the credit crunch.

Residential mortgages were harder to get than at any time in the 17-year history of the Fed's survey of banks' senior loan officers, the Fed said. The survey covers 52 domestic banks and 22 foreign banks, which together account for a majority of bank lending in the country.

Interesting facts via MSN.com I thought I would share with my activerain community

"still writing loans in all 50 states"

There are people with mortgages that should never have been approved.

Today, 100% financing is still available if: stated income is sufficient, credit score at 680 or more and sufficient assets. Credit score could be less with adequate assets. This is just like it was 10 years ago. If the buyer can afford a house, they will get one with no problem.

Interesting article. I remember back in 2003 the lenders would lend anybody with a 600 credit score 100%. Now everything under a 680 is subprime! Let's keep our eyes open for another refi boom 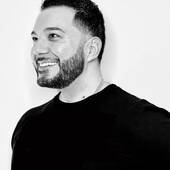