In December 2011, Congress reached a last-minute deal to fund the payroll tax cut extension. The payroll tax cut provides a 2% tax reduction for individuals earning up to $106,800, so the tax extension will be very helpful for many Americans who are struggling during these tough economic times. But like so many things in our tangled economy, there's a flip side. In this case, the tax cut deal has a rippling effect that will impact the mortgage world via an increase in "g-fee's."

Here's what's happening and what it means to home loan rates:

First, what exactly is the "g-fee"? The guarantee fee or "g-fee" is an amount charged by mortgage-backed securities (MBS) providers, like Freddie Mac and Fannie Mae, to help protect against credit-related losses in the overall mortgage portfolio. In other words, it acts a lot like insurance and helps lower the overall risk...which means that home loans can be offered at terrific interest rates to borrowers that have good - but not perfect - credit.

What is happening and why? To put it bluntly, the passage of the payroll tax cut extension is being funded via a mandate to Fannie Mae and Freddie Mac to increase their guarantee fees or "g-fee's" by at least 10 basis points on the rate. So rather than giving a par rate of 4.00%, for example, the par rate is now increased by at least 10 basis points, or approximately 4.10%. But since home loan rates are priced and offered in .125% increments, this will most likely impact the consumer by .125% in rate. The political logic behind passing on the cost of the payroll tax cut extension in this way is sketchy at best, and the Congressional Budget Office recently estimated that the increase will ultimately pay for about $35.7 Billion of the cost of the payroll tax extension - on the backs of homebuyers and refinancers.

Why is there confusion about the 10bps? Two reasons: First, the wording states that g-fees must be increased by at least 10 basis points...which means that's the minimum, not the maximum...so it's not impossible that g-fees could be increased by more than 10 basis points. Second, the way they described the 10bp increase is somewhat confusing, as both rates and points are described in basis points. The 10bp hit is to the rate side, not the point side...so let's break it down simply and think about it.

A good rule of thumb used to be (and sometimes still is) that in order to buy down a par rate by .125% in rate, it would generally cost about 50 basis points in points (or $500 on a $100,000 loan). So it stands to reason that buying down the rate by .10% might cost 40 basis points...so the 10bp g-fee hit translates into about 40 bps that we'd see on our rate sheet. But as we all know far too well...the amount required to cover .10% in rate will most certainly vary by the investor, the day or the hour, and let's face it...perhaps by which way the wind is blowing. That makes the hit a little unpredictable at best, which leads some people to worry about wild variations or worst-case scenarios.

What exactly is the impact of the rate increase? For example, for a $200,000 home loan, the increased g-fee (assuming an approximate rate hit of .125% in rate) would equate to $250 more per year in interest, or $7,500 more over 30 years. Someone buying or refinancing a home can certainly choose to buy down the cost with cash up front - but most folks will not do this.

Who will this impact? The change will impact all new borrowers of Fannie Mae and Freddie Mac loans. The bill will also impact Federal Housing Administration (FHA) loans by increasing the annual mortgage insurance premium that borrowers pay by one-tenth of a percent.

When will it start? Officially, the increase to guarantee fees will begin on April 1, 2012. However, the increase is already starting to be seen in rate sheets right now, since home loans being originated now will likely not be closed, pooled and securitized until April... and therefore will need the increased g-fee priced in earlier.

How long will this be in effect? The increase will be effective through October 1, 2021.

The bottom line is that like it or not, the g-fees are going up...and this will impact homebuyers looking to obtain a home loan through Fannie Mae, Freddie Mac and FHA. 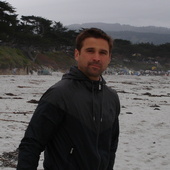