The Durham Executive Group has seen strong buyer and selling activity already in early 2012. We had buyers purchase a Woodbury home and closed on it January 3rd, which just might have been the first home closed in Woodbury in 2012 following New Year's Day when title company offices are closed. We have picked up several other buyer's in Woodbury who are preparing to purchase a home this spring, as well as a Woodbury listing that will go on the market later this year.

All in all it looks like 2012 Housing Market is off to a good start following an excellent end of the year in the month of December with a Woodbury new construction home closing on December 20th, and the closing of a Woodbury listing on December 12th that sold in less than a week on the market.

The Durham Executive Group is always optimistic about helping sellers sell homes, and buyer's purchasing homes regardless of the media and the naysayers. 2012 is a great time to both sell and purchase a home. Contact us and we will discuss your real estate needs and how we can help.

The same to you and hopefully everyone has a start to a great selling season.

Another great market report by the Durham Executive Group.  Thanks! 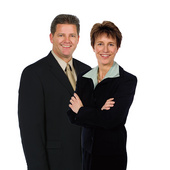