So, you’re moving to Atlanta?  I remember when I first moved here, I didn't know which end was up. I had so many things to learn, which made me think of writing this article on 25 helpful things you may want to know:

1. To many people that live and reside in the City of Atlanta, they consider any areas inside the Perimeter (I-285) to be the “City.” Others feel that Downtown, Midtown, Buckhead and nearby surrounding areas are only the “City.”

2. I-285 is that circle you see on the map when you are looking at Atlanta on the map. It makes a complete loop around and joins up with the interstates.

5. Downtown, Midtown and Buckhead are just minutes apart and not at all like Manhattan. On a quiet Sunday morning you can reach Downtown to Midtown in less than 5 minutes. Downtown to Buckhead will take about 15 minutes on a quiet morning.

6. Peachtree Street runs north and south between the City. There are probably at least 50 streets with the name Peachtree in it throughout Atlanta (Place, Road, Street, Way, etc.).

7. Nearby little and very fun areas surrounding the City are Virginia Highlands, Poncey Highlands, Cabbagetown, Little 5 Points, Castleberry, Home Park, Loring Heights, and Brookhaven to name a few. Most of these are just minutes from the central core of the City.

8. When you are eligible for a "homestead" exemption on your property, you will get a discount of $30,000 off the value of your property in computing ad valorem taxes.

9. MARTA is Atlanta’s mass transportation which are buses and trains. They have numerous stops and it is easy to get around the City using either one of these. MARTA trains are particularly useful when going to the airport. You can take the train and get off directly at the Delta terminal.

10. Within the areas of Downtown, Midtown and Buckhead, the cab rides are considered “zones.” You pay for your trip from one zone to another, so you avoid the “meter ticking.”

12. Your automobile tags are due on your birthday. The amount you pay to for your tags is based on the "value" of your automobile. This was a big shock for us when we moved to Atlanta. So, the age of your vehicle, as well as the model, will determine what you will pay for your auto tags. The good news is that these fees decrease as your vehicle ages.

13. The main power supply company is Georgia Power. There are some small electric companies such as ISTA and there are a few condo buildings within the City of Atlanta that use ISTA.

14. The City of Atlanta Water Department is the municipality for your water source.

15. Comcast is the biggest supplier of cable and high speed internet; although there are a few others you can choose from such as Direct TV.

16. MetroPCS works in the City of Atlanta. We also have Verizon and AT&T, among others.

17. In Atlanta, you have to dial the area code along with the phone number to make a local call. In being from another state, it did take me a while to get used to that. The main phone number exchange is 404, although some people do have 770 and 678 as their exchanges.

18. If you move to a condo that is short on storage space, there are plenty of storage companies within the City.

19. The more prominent super markets are Publix and Kroger’s. There are other wonderful places such as Whole Foods and Fresh Market.

20. Walmart, Target, Costco and Sam's Club are all in the area or nearby vicinity.

21. CVS is the most prominent drug store in the area, some of which are 24-hour stores. We also have Rite-Aid, which formerly were Eckerd’s, and other some smaller pharmacies.

22. The biggest newspaper in Atlanta is the Atlanta Journal Constitution. We also have Creative Loafing, Atlanta Business Chronicle, along with others.

23. Within the "City" we have the High Museum, The Fox Theatre, the Alliance Theatre, History Museum, the Carter Museum, the Martin Luther King Memorial, and so much more. There's culture abound!

24. The City of Atlanta is home to the Georgia Dome, Turner Field, CNN, the Convention Center, The Governor's Mansion, and state assembly. That Gold Dome you see on the horizon is where all the legislative bodies meet since Atlanta is Georgia's State Capitol.

25. Piedmont Park is Atlanta’s NYC Central Park. Our residents thoroughly enjoy and make use of it from playing ball, with their dogs, outdoor concerts and movies, art shows and so much more. It is very “alive” during the spring and summer months, and when we have snow, it is the place most people go to for sliding down the hills and making snow angels.

Atlanta is a wonderful, fun and vibrant City filled with a diverse group of people from all walks of life. We have plenty of great restaurants, cultural activities and events that fill the calendar. It’s the New York of the South with a lot of charm!

that is a pretty impressive list of information that I sure did NOT know!!!

Great list! I didn't know most of list. after I got my new D.R Horton home I felt really confused with a few things here, but this answered a lot of my questions and gave additional information. thanks 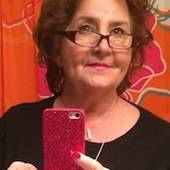 This blog is dedicated to the Atlanta City Living - lofts, condos and homes, as well as all happenings and events in the the City of Atlanta.