The NEW Industrial Revolution is alive and well in Pottstown.  New companies are joining the ranks of Pottstown's community all the time.  The latest to join the emerging growth in the area you ask?

Workers at the Sly Fox Brewing Company, which is building a new beer brewery and canning facility on Circle of Progress Drive in Pottstown PA, showed Wednesday (Jan. 18, 2012) on its Facebook page that new equipment is arriving daily for installation. The huge white cylindrical tank being moved in (below) joined several others also waiting to be hooked into the production chain. “We’re putting together an entire gallery of the new brewery’s progress but new things are arriving every day!,” brewery personnel explained on their Facebook wall. The family-owned business has brewed more than 100 different beers since its doors first opened during December 1995 in Phoenixville PA. To celebrate its 30,000-square-foot Pottstown work-in-progress, and also to tout the borough’s revitalization, the company last Saturday (Jan. 14) unveiled a new promotional video titled “Welcome To Cantown!”

Many thanks to the Pottstown Post for this wonderfully uplifting story!

Show All Comments
Larry Lawfer
YourStories Realty Group - Newton, MA
"I listen for a living." It's all about you.

I grew up in Doylestown PA and I know this area. Great video and I can't wait to taste their offerings. Do they deliver?

Larry, I don't believe they do--but I'm sure you'll be able to find their beers at pubs and taverns near you soon!

This is in my backyard and I didn't even know!  Thanks for sharing this good news.. should be great for the Pottstown economy!

Love hearing the good news Faith! It is an excellent sign for the economy when businessess arrive. Congratulations Pottstown!

Hi Faith-great to hear manufacturing is making a come back in a lot of US cities-glad yours is one of them! 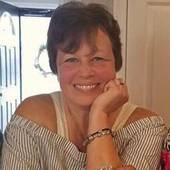