Poor Santa......  It seems he's been taking  a lot of heat lately. I'm sure some of you noticed this morning on "yahoo" that in Sydney, Australia, the Santa's have been instruced to say "ha ha ha" instead of "ho ho ho" because the latter could be offensive to women!  (I mean wasn't it bad enough when he had to stop being "merry and gay?")   pullleeeezzz!!!!

And now if that isn't bad enough.....  Britain has taken a stand on childhood obesity and want their Santa's to trim down, stating that the fat, jolly Santa's don't portray the proper image

Apparently, the cookies hit the fan when a medical report was released earlier this month stating that by the year 2050, more than 50% of Brits will be obese.  Bluewater Shopping Centre, located in Greenhithe, Kent has tackled the issue by setting up a Santa Bootcamp. According to the DailyMail/UK, Fiona Campbell-Reilly was quoted as saying,

"Santa has been around for years, but society has changed and our Santa needs to reflect this. Bluewater's Santa's Bootcamp is getting Santa in shape and setting a good example to children who idolise him."

Well....   I for one say "Leave poor Santa alone!!!"  He's been doing his job for centuries and centuries and I think the majority of his clients are pretty happy with his performance.  I mean -  I think making lifestyle changes and improving one's health is most definitely something to be admired, but I also think that it's a personal decision.   I think that if and when Santa makes the decision to join a fitness club and reduce is BMI, it should be his decision and his decision alone, and at that time I will heartily applaud his actions, but until then......  "let the poor guy do his job!!" Show All Comments
Teresa Meyer
Cincinnati Home Stager - Cincinnati, OH
Home Staging Cincinnati-OH.
Now I've heard it all. All the political correctness in the world makes me slightly nauseous. Poor Santa...why is it that everyone is so concerned about protecting each others feelings but somehow the obese are not included in this. Sad.
Like
Anonymous
Lisa Bosques
Well, I hope Santa likes the hummus and pita wedges I'll be leaving on the mantel - NOT!
Like
#2
Nancy Pav
Century 21 Redwood Realty - Ashburn, VA
Nancy Pav, Your "GottaHave" Realtor
Somehow, ha ha ha Merry Christmas just doesn't quite work
Like
Mark Horan
Resident Team Realty, LLC & Toni's Property Management LLC - Saint Cloud, FL
"The Resident Chef" - Resident Team Realty LLC &
My wife said this year I should pose as Santa. I took it as a derogatory suggestion. Maybe she see's me as fit and trim.Not! HaHaHa.
Like
Kathy Passarette
Creative Home Expressions - Mount Sinai, NY
L.I. Staging/Decorating

Unbelievable!  Is nothing sacred anymore!?!

Will we now have Santa's at the mall with 6 pack abs!  Oh wait - that might not be a bad thing - might be a lot of Mom's looking to get their picture taken instead of the kids! ; )

Ryan Seacrest was talking about this on the radio this am.  He can't believe we need to remove the HO HO HO.  He said we need to stop dissecting everything and GROW UP!

Does that mean we can't believe anymore?  :)

Next thing you know they'll be throwing a beard and hat on Brad Pitt and have him pose in his speedos.  'Meet the new Santa' I can see the caption read. Maybe we can start leaving celery and cheese whiz by the tree?

Idon't care what people say about you. I have seen you be the same weight ever since I was A kid ! I love you because of what you represent, not how fat you are! Im 47 and never heard that you had high cholesterol, diabetic, obeesse or have any health problems.....because Im sure If you had any of those it would have been in all national newspapers.  I guess people dont get it that Mrs. Claus cooks the traditional way with no shortcuts . I hope you dont loose weight (unless you want to), because your jolly ol'belly is feed by Mrs. Claus...I know for a fact she makes the best cookies and candies. Plus you all know that in the North Pole a few extra pounds help your body be warmer.

PS If you loose too much weight , nobody will recognize you !  This year when you come by ,besides the glass of milk Ill bake you your favorite shortbread cookies.

Remember something....If he looses too much weight......

he could get in trouble 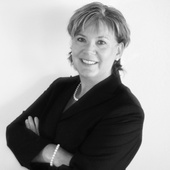 Home Selling over 13 years ago
bookmark_borderbookmark
What Can I Do To Sell My House?
View more Recent Posts   arrow_forwards