The luxury condo resale market in Miami Dade County has seen a strong recent upswing, but will it last?

By Peter Zalewski
Special To The Miami Herald

As difficult as it may seem to fathom, given the current macroeconomic data plaguing South Florida, indications are growing that the luxury condo resale market in Miami-Dade County is back — at least for the time being.

Foreign buyers with strong currencies complemented by a scattering of wealthy domestic purchasers acquired more $1 million condos in 2011 than in the last year of the South Florida real estate boom in 2006, according to an analysis of data from the Southeast Florida Shared Multiple Listing Service Database.

On a year-over-year basis, the 2011 luxury condo resale activity represents a 29 percent increase from 2010 when fewer than 460 units were purchased for at least $1 million each in Miami-Dade.

Weeks into 2012, an additional 100 luxury units are already under contract waiting to transact.

Topping the list for the most expensive condo resale in the year 2011 is a penthouse in the Setai Resort & Residences in Miami Beach that sold for $21.5 million.

A pair of units in towers on South Pointe Drive in Miami Beach’s South of Fifth neighborhood rounded out the top three rankings for the highest priced resales for 2011.

In separate transactions, buyers paid $11.5 million for a penthouse in the Apogee condominium and $10.6 million for a high-floor unit in the Continuum On South Beach, respectively.

The resurgence in the luxury resale market has inspired an increasing number of owners – who had previously been unwilling to accept lower prices during the last five years of the real estate crash – to put nearly 1,000 condos on the resale market with an asking price of at least $1 million each.

Nearly 20 ultra-luxury condominium units are on the resale market for at least $10 million each with one unit asking as much as $38 million in the wealthy enclave of Bal Harbour.

Developers are also taking notice of the resurgence in the luxury condo market.

At least five new luxury condo towers – ranging from the one-unit-per-floor Regalia to the drive-the-car-to-the-unit Porsche Design Tower in Sunny Isles Beach – are planned or under construction in Miami-Dade County where the proposed sales prices are expected to surpass $1 million each.

The luxury condo revival in Miami-Dade County is not occurring at the same pace in Broward County where foreign buyers play a somewhat more limited role in transactions.

Buyers purchased less than 70 luxury condo resales in Broward County in 2011 compared to 100 high-priced units at the top of the market in 2006.

On a year-over-year basis, 2011 luxury condo resales in Broward County are up 11 percent from 2010 when 61 condos traded at a price of at least $1 million each.

Going forward, it is unclear if the Miami-Dade luxury condo market can maintain the resale pace given the current economic challenges in the European Union with the erosion of the Euro currency, the adoption of unpopular austerity measures and a series of downgrades by at least one influential rating agency.

Western European buyers from counties such as France, Germany, and Italy represent 19 percent of the estimated $318 million in monthly sales in the Miami-Fort Lauderdale-Miami Beach market attributed to foreign investors, according to an August 2011 report by the National Association of Realtors.

After buyers from Venezuela, the Western European buyers are the second largest concentration of $1 million buyers of any international group purchasing in Florida, according to the report.

An estimated 12 percent of Venezuelan buyers spend at least $1 million while six percent of Western Europeans are purchasing in that high-priced category.

Another issue facing the Miami-Dade County luxury condo market is the growing number of units available for purchase on the resale market aside from the unsold developer units remaining from the last real estate boom.

Even at the strong 2011 resale pace of an average of nearly 50 units per month, Miami-Dade County has about 20 months worth of high-priced condos currently available for purchase.

Many industry watchers consider a healthy market to have about a six-month supply of inventory.

Given the emerging economic and psychology issues combined with continuing challenges associated with obtaining financing, it is unknown if the Miami-Dade County luxury condo market can maintain the 2011 sales momentum into the latter half of the year once the winter tourism season ends in the second quarter.

Peter Zalewski is a principal with the Bal Harbour-based real estate consultancy Condo Vultures. Zalewski, who has had a Florida real estate license since 1995, works as a consultant for private equity groups and institutional investors

Send some of those buyers here to Palm Beach county. Actually, we are noting an upturn. 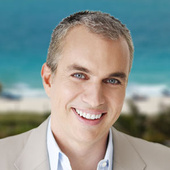