Most consumers have a love-hate relationship with Twitter. They love the immediacy Twitter affords but are quickly annoyed when someone clogs their feed with spam-like tweets. When used effectively, Twitter can be a powerful communication and brand-building tool for real estate agents. On the flip site, real estate agents that tweet too frequently or fail to provide value in their tweets run the risk of alienating current and future clients. Opinions about the most effective way to use Twitter as a social media tool have been split fairly evenly between broadcasting and conversation, Twitter’s two most prominent uses; however, a study by social media scientist Dan Zarrella, tips the scales decidedly toward broadcasting.

Twitter “conversations” appear to be a fad that is nearing the end of its 15 minutes of fame as Americans tire of the glut of trivial tweets that clog Twitter feeds. The ascendency of far more versatile smartphones as the nation’s go-to communication device has ensured the eventual demise of Twitter as a conversation medium. However, Twitter’s broadcast value still makes it an effective real estate tool. Sending out 2 to 3 information-rich tweets per day can help you build your brand and expand your client base.

For information on how Properties Online can help you optimize the use of social media to grow your real estate business, visit our website.

Appreciate the info on tweet links and re-tweet rates! 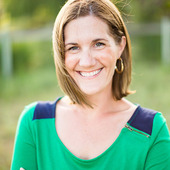 
Get property widgets at ListingDomains.com