I was curious where Conservative members of Active Rain stand on this issue. I have read and heard Conservatives railing against the immorality of Bill Clinton at every turn. He is universally reviled by members of the right due to his cheating on his Wife while in office. The main Conservative to lead the charge and demand President Clintons impeachment was Newt Gingrich. He spoke time and agin about how dirty Bill Clinton was and the sanctity of marriage etc. Now we know Newt was doing exactly what Bill Clinton was doing at the same time. Even worse, Newts Wife was stricken with cancer and close to death.

Now Newts ex-wife has been very vocal about what a scumbag he is and how little marriage really means to him. Whether you believe her story entirely or not, the hypocrisy is breath taking. In my mind, Newt is even morally more bankrupt than Bill Clinton.

Herein lies the crux of the matter. Newt is by far the best chance Republicans have of reclaiming the White House. Mitt Romney is a Morman and that makes him very unelectable to the general populace who think Mormons are a little crazy. Santorum comes across as a super rich egalitarian with no grasp on the problems of common people. Newt is by the far the most intelligent and experienced candidate left with a chance of winning. Do you give him a pass on being an immoral man? If he gets a pass, do you then have to give Bill Clinton a pass?

Newt sure seems disgusting to me.  He claims he asked God for forgiveness and maybe he has.  Seems like doing it twice is more habitual than just some dumb mistake that should be forgiven.  The office of the President needs someone that is honest and of decent character and to me Newt is the exact opposite of that.  If you would lie and cheat on your own wife, why would you care even a drop over a bunch of strangers.  Seems like a rotten person altogether to me.  No thanks.

Romney, yes he is a mormon but after hearing all the hatred spewed by Obama's pastor the electorate certainly overlooked that.

Israel - That was always a non-issue with me.  Same with Newt.  However I bet Party "Lines" will facilitate a certain hypocrisy here.  Color me cynical.

By the way, I disagree with you on Obama.  Saw your comments elsewhere.  But that is a discussion for another time.

I wonder just how many people in congress are squeaky clean.  I am not saying it was right, But let he without sin cast the first stone...and I would reach out to the general populace also.

Rob  - I agree with you to an extent. Some immoral people are excellent at their jobs. If moral character is high on your list of requirements for a man to be President, Newt is severly lacking.

Sardi-I am really curious to see if folks are willing to give Newt a pass because he is the best choice for the Republican Party or if they will stand by their former outrage at this sort of behavior and go with a lesser candidate. I am always willing to engage in discussions with an intelligent man:) You won't change my mind though:)

Vern - I suspect most politicians on both side of the aisle have engaged in many suspect behaviors to get where they are now.

Newt, Romney and Santorum are exactly what is wrong with America. They all flip flop on issues and support big government. Regarding your question, his moral character does bother me just a little.  As I tell people, if your friend lies to their friends, there is a great chance that they lie to you as well. His political views bother me a lot more.

As Doug Wead points out, Ron Paul is the only clean boat in a sea of garbage.

If you were hiring someone to run your company and you knew they had lied and cheated multiple times and had ethics violations, would you hire them regardless of how smart a businessman they were. Guess who they will lie and cheat to next???

I guess I am just jaded and expect every politician to lie and not look out for the best interests of the people they are supposed to be serving. Our politicians do nothing but push policies that are wanted by the big business interests that really run this country.

Israel I knew if I waited long enough eventually I would agree with you abouy something. What a fine field of candidates we have left. Romney has never held a position he wasn't willing to change to get elected. Newt is most likely already looking for a new wife and a new religious affiliation. Santorum lines up with most of my beliefs but he always looks angry I dont think he even knows how to smile and Ron Paullooks better every day and thats scarey in itself. I am hoping for a brokered convention so we can choose non of the above. There are some godd choices out there who I think just didnt want to put their families through the whole process.

I am very frightened there will be nobody the country can get behind and we will be stuck with Obama for four more years. We somebody with nothing to lose who will not be afraid to put a stop to this crazy spending and get busy fixing our economy. 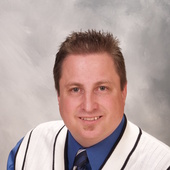 Anything and everything to do with Big Bear real estate.