It was reported today in the Miami Herald  , that the president's past actions in streamlining visas from
Brazil had accounted for a record where  in 2010 Brazilians became the first billion-dollar tourist
market for the Miami area.During that same year the number of Brazilians visitors to South Florida was
about 850,000.With the latest concentrated streamlining measures taken it is expected all past records
will be surpassed by healthy percentages .

The White House announced another 50 people will be employed by the US Embassy in Beijing
as well as in the consulates around China .The US expects  an increase in tourists from China
to raise rapidly in the coming year and beyond.

Just a few weeks ago we were discussing how harmful the visa procedures for Chinese
and Brazilian tourists to the US have diverted may tourists to Europe, Canada and other
destinations.

The breaking news from a high official in Washington today explained the  changes
with specific details:

(1) 80% of applications for visas from China  and Brazil will be processed in 8 days
instead of the usual 2 months .

(2) Past visitors to the US will not need to endure many of the procedures in the past.

(3) US staff in China and Brazil to speed of visas has increased 40%.

(4) Steps have been taken to do the same for Chinese and Brazilian businesses
that want to come to the US.

the 9/11 fear factor is gone and US competition is back on track.

Here in Miami, Miami Beach and Brickell we look forward to increased business . 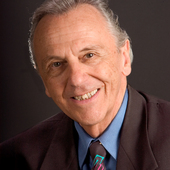