With Mitt Romney releasing the details of his personal wealth last week, many are wondering how they can create a $100m self-directed IRA portfolio of their own. According to the Wall Street article reporting it, the value of Mr. Romney's self-directed IRA is between $20.7 M to $101.6M, with his own campaign saying the value is towards the upper-end of that range. So just how does someone build a multi-million dollar IRA when the contribution limits are so small?

Mr. Romney's aide said that the candidate "accumulated his IRA holdings through annual contributions, rollovers of sums in other retirement plans, and successful investments."  That's a pretty broad overview, so let's take a deeper look.

Annual Contributions. Back in 1984 when Mr. Romney was starting to build his wealth, the annual contribution to an IRA was limited to $2,000 per year. One does not build a 8-9 figure retirement account just by making the annual contribution to an IRA. If that were the case, almost all of us would be safely cruising towards retirement. While making contributions, or saving, is definitely where he began, the results achieved were based on far more sophisticated strategies.

Rollover. It appears this was a major part of his strategy. Geoffrey Rehnert, a former Bain Capital partner who helped found the firm in 1984, said in that era it had a 401(k) plan that allowed employees to invest pretax dollars in its deals. Bain's 401(k) plan was self-directed and wasn't restricted to the usual set of mutual funds that most Americans are limited to. In 1984, the self-directed 401(k) structure allowed Mr. Romney and Bain to contribute up to $30k per year into his account.  I'm guessing Mr. Romney took full advantage and maxed his contributions. Then once he built his fortune in the 401(k) plan, he did a 401(k) rollover into a self-directed IRA. But $100M is still a LOT of money when you can only put away $30k per year.

Successful Investments. Obviously! What any type of self-directed retirement plan provides is an unrestricted investing environment that allows the individual to invest in what they know best. What Mr. Romney knew best was private equity deals, and he made a killing investing into them, while probably making investments into Bain Capital itself.

Tax Free Growth. Besides making successful investments, the self-directed retirement plan environment allowed Mr. Romney the ability to compound his growth without paying any taxes. People are going to talk a lot in the upcoming months about taxes on capital gains, earnings and dividends. One side is in favor of increasing them, while the other wants to abolish them. But one thing is certain. Investments in any type of retirement plan allows for tax-free growth.

So, here's the formula to create incredible wealth in a self-directed IRA. First, create you own private equity firm and establish a self-directed 401(k) plan. Next, diligently save each year and work your as* off to build both your company and your retirement plan. Then, roll the accumulated amount into a self-directed IRA and run for President. Easy, right?

Perhaps a tad unrealistic for the majority of us. But there is a strategy that can be extracted from this blueprint. First, open up a self-directed Solo(k) plan. There are numerous ways to qualify for such a plan and today's contribution limits allow for a husband and wife to contribute up to $98K each year.

Next, find an investment class that you understand or have an interest in learning about. Self-directed accounts allow you to invest in real estate, commodities, start-up companies (such as Mr. Romney), private loans, stocks, bonds, fishing rights, hunting licenses, Superbowl tickets...you get the idea. The IRS allows you an extremely wide investment palette to choose from, so don't allow your savings to be limited to just one type of investment class.

The last step is protect your wealth so all of the hard work you put into becoming a savvy investor and making good decisions doesn't go to waste. Mr. Romney's investments currently are held in a blind trust, meaning that he no longer makes decisions about individual holdings. I'm sure that accomplishes two things. First, it provides him the impartiality he needs to govern fairly. Second, it puts the security of his assets into the hands of TRUSTED professionals that I'm sure were extremely well vetted by Mr. Romney and his advisors.

Self-directed IRAs allow investors the flexibility they need to create an investment plan that matches their sensibility. The trick for each of us is figure out what we can and can't live without, save diligently, invest wisely, then spend our retirement years enjoying the life we've built. Not sure what your options or sensibilities are? Then find professionals that you can trust and learn as much as you can from them about investing...and yourself. 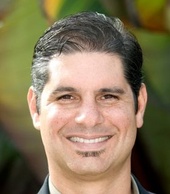