This is an article published by the Cape Cod Times and was posted on the CC&I MLS today.  It deals with the potential of a significant increase in Homeowners  Insurance for those on the Cape that are on the “FAIR Plan”  The FAIR Plan, which typically serves as an insurer of last resort, became a major insurer of Cape properties after insurance companies opted in recent years to stop writing policies in Barnstable County. More than 60,000 homeowners on the Cape and Islands are insured through the FAIR Plan, which is formally known as the Massachusetts Property Insurance Underwriting Association. That represents 46.6 percent of homeowners in the area.

She left her previous insurer for the FAIR Plan three years ago because she couldn't afford the rising costs. But the Brewster resident, who has seen her premiums rise by 3 or 4 percent every year since, said another rate increase could spell her doom.

Manion, a former teacher in the Provincetown school system, had her pension reduced when she took early retirement. Rising oil prices left her savings even further crimped. A larger jump in the FAIR Plan's premium, she said, might push her out of her home.

So Manion joined a group of Cape homeowners who took a bus to Boston on Thursday to protest at a hearing on the proposed rate increase.

The FAIR Plan is seeking to raise its rates on the Cape and Islands by 6.7 percent. For homeowners in New Bedford and Fall River, the rise would be even steeper: A 10 percent increase is being sought, while the rest of Bristol County would see a rate hike of 4.2 percent.

"I just really, really hope it doesn't go through," Manion said on the way back from the hearing.

The FAIR Plan, which typically serves as an insurer of last resort, became a major insurer of Cape properties after insurance companies opted in recent years to stop writing policies in Barnstable County. More than 60,000 homeowners on the Cape and Islands are insured through the FAIR Plan, which is formally known as the Massachusetts Property Insurance Underwriting Association. That represents 46.6 percent of homeowners in the area. The association is made up of all companies writing basic property insurance.

After hurricanes heavily damaged areas of the Gulf Coast and Florida in the past decade, many private insurers raised rates or did not renew policies for coastal homeowners. Insurers defended their decisions based on hurricane models and geographical history used by reinsurance companies, which basically insure insurance companies.

Thursday's hearing, held at the Massachusetts Division of Insurance in Boston, gave the public the chance to discuss whether the state commissioner of insurance should approve rate information and changes for property insured through the FAIR Plan.

Homeowners' multi-peril insurance would increase by an average of 7.2 percent statewide under the current proposal. Residential fire and extended coverage would jump 6 percent, and commercial fire and allied lines would stay the same, according to the state division.

The Cape-based Citizens for Homeowners Insurance Reform chartered the bus, which took about 20 people from the Cape to the meeting.

"This is our day," Paula Aschettino of Eastham, chairwoman of the Cape group, told the bus passengers as they headed off-Cape. "No one is going to rush us out of there."

At the hearing, Aschettino argued that rates should fall, since FAIR Plan made $24 million in profits in 2010 and hasn't had a loss since 2003.

"The (association) holds citizens hostage with high costs who have no other options for insurance coverage," she said.

She argued the computer models used by insurance companies aren't accurate and don't use Massachusetts-specific statistics.

"The intensities and frequencies of the predicted hurricanes are excessive and do not correlate to our historic past of hurricane events," she said.

State Sen. Dan Wolf, D-Harwich, called for a reduction of rates instead of the increase. He called the possibility of severe ice storms and widespread flooding "virtually zero." Those benefits to the insurance companies don't show up in reduced rates, he said.

Several other speakers said their home insurance rose significantly because of increasing "replacement values" of their property under the FAIR Plan when they get their policy renewal.

Ken Fortier of New Bedford started buying FAIR Plan insurance about five years ago. The replacement value for his home jumped from $223,000 just before he switched to $496,000 under the FAIR Plan.

That more than doubled his premiums. "Nothing had been done" to his home during that time, he said.

Fortier said he never received a clear reason as to why the increase was made.

"My concern, especially in this area with a lot of elderly people — many on Social Security — this could make or break whether they could stay in their same home," he said.

There will be additional hearings before the insurance commissioner, at which FAIR Plan officials will testify about their rationale for the rate requests. Those hearings are not yet scheduled 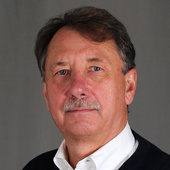