Hockey season is in full swing! Rapid City’s hockey team, the Rapid City Rush, is the team to see in the area. As a newer team to the Central Hockey League, the Rush has been doing well in the last three years as they finished third in the Northwest Division in 2008, Northern Conference Champions in 2009, first at the Turner Conference and the President’s Cup Champions in 2010. With the amazing support of Rapid City hockey fans the 2011-2012 season has been exciting as well! Rush at-home games are played at the Rushmore Plaza Civic Center Ice Arena in downtown Rapid City. Located off of North 8th St and Omaha St, the Rushmore Plaza Civic Center Ice Arena has ample parking, and is very easy to navigate. Get their early to find your seat, grab some food, a beverage, and see what other activities you can participate in like the chuck a puck! Don’t forget to wear your favorite hockey jersey, or pick up a new one with your favorite Rush hockey players at the arena.

When the Rapid City Rush is away, there are multiple locations you can view the hockey games, including Dublin Square, Buffalo Wild Wings, the Golf Club at Red Rocks, Boston’s, and more. Away from Rapid City yourself? You don’t have to miss out on seeing the best hockey moments of the season. Log onto http://chltv.neulion.com/chltv/ to see the Rapid City Rush live.

Come out and support your local hockey team! The Rapid City Rush and their fans would love to see you there! If you are looking for a place to put on your skates and pick up a hockey game, don’t forget about the new ice skating rink downtown! Check with their website for hockey game times in between free skate! 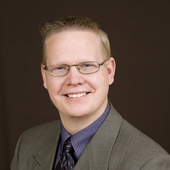