The Ultimate Slap In The Face

After a closed door meeting council voted to stick Georgina Taxpayers with the bill for a defamation lawsuit by Mayor Grossi against the former Georgina Leisure services Director John McLean. You can read more about this decision and  Help stop your tax dollars from paying for the lawsuit. There is also an online petition to stop the funding for Mayor Grossi's lawsuit.

An article in the Georgina Advocate indicated Mayor Grossi would donate any funds he receives as a result of his lawsuit to a charity yet to be named.

The irony is he will likely get a charitable tax receipt that he can then use to reduce his personal taxable income.

The Ultimate Slap In The Face

Should this happen it would be the ultimate slap in the face to taxpayers who would have footed the bill for the resources used to obtain the funds used to fund his tax deductions.

Wow, perhaps when the next election rolls around people should be reminded about which council members voted for this to happen. 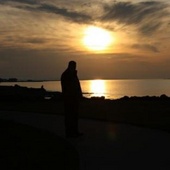 My Time Is My Own
Uxbridge,ONL0C 1L0
FollowProfile
Blog
Contact The Author

Articles On Assessment
and Property Taxes