While the housing market had its challenges in recent years, there could be reason for optimism as we begin the new year. Some of the nation’s top housing economists believe that the worst of the downturn may be over, and predict we’ll see gradual improvement in home sales and prices this year.

That would be good news for both home sellers as well as potential buyers, many of whom have been sitting on the sidelines waiting for confirmation that the real estate market is truly on the mend before they take the plunge and buy.

Lawrence Yun, chief economist of the National Association of Realtors, said in his annual forecast that home sales should be stronger in 2012.

“There is a sizeable pent-up demand based on population growth, employment levels and a doubling-up phenomenon that can’t continue indefinitely,” he said in a NAR news release. “This demand could quickly stimulate the market when conditions improve.”

Housing demand will also be driven by the health of the nation’s overall economy and the job market, Yun said. He forecasts GDP growth will finish at 1.8 percent for 2011 and then rise moderately to 2.2 percent in 2012. Additionally, Yun expects job growth of 1.7 to 2.2 million this year and the unemployment rate to fall to 8.7 percent in the second half of 2012.

For homebuyers, housing affordability right now is as good as it has been in decades as a result of near record low mortgage interest rates and reduced home prices in many markets. NAR expects those conditions to continue for much of this year.

“Housing affordability conditions, based on the relationship between median home prices, mortgage interest rates, and median family income, have been at a record high,” Yun said.

“Very favorable affordability conditions will dominate (2012) as well, which will probably be the second best year on record dating back to 1970,” he noted. “Our hope is that credit restrictions will ease and allow more home buyers to take advantage of current opportunities.”

Lower interest rates on top of more affordable home prices can make a big difference for first-time homebuyers. For someone purchasing a $500,000 home, putting 20 percent down and borrowing $400,000, that average 30-year fixed rate mortgage of 3.88 percent translates into monthly principal and interest payments at $1,882 today.

If that same home were to climb even 10 percent in price and mortgage rates increased just one percentage point, it may be harder for many first-time buyers to qualify. Borrowers would be looking at a monthly payment $500 higher than they have today in that scenario.

The combination of low interest rates on top of affordable home prices offers buyers a window of opportunity to jump into the market, whether they are first-time buyers looking for a starter home, someone hoping to move up to a larger property or a family considering the vacation home of their dreams.

NAR economists believe favorable market conditions and an improving economy will lead to an increase in home sales in 2012. The organization forecasts existing-home sales will rise 4 to 5 percent this year after increasing about 1 percent in 2011.

With the inventory of homes declining in many areas, consumers can expect to see home prices gradually begin to rise again this year, NAR said. “Given an over-correction in prices, there likely will be moderate appreciation in 2012,” Yun said.

“Once home prices turn positive on a sustained basis, consumer confidence will rise and help the broader economy to improve,” he added.

NAR isn’t alone in its assessment of a market turnaround.

Noted housing economist Liz Ann Sonders of Charles Schwab said in a recent report that “we’re seeing a light at the end of the housing tunnel.” The senior vice president and chief investment strategist for Schwab pointed out that the pending-home-sales index surged more than 7% last month to its best level since April 2010.

“At that point, housing was artificially supported by the homebuyer tax credit,” she said in her new economic forecast. “The last time that pending sales were at the current level without government support was June 2007.”

Adding to the optimism, Sonders said in her report, was the fact that the latest construction spending report was well ahead of expectations with most of the gains in private housing.

Leslie Appleton-Young, Senior Vice President and Chief Economist for the California Association of Realtors, believes the Golden State’s housing market will also improve this year, although the recovery will be gradual.

Appleton-Young is calling for a 1 percent increase in sales in California to 496,200 this year following essentially flat sales in 2011.

“The most likely scenario is for the modest recovery to continue, and this should push sales up slightly next year and maintain levels that are significantly higher than those recorded during the depths of the housing downturn,” she said in her report.

While no one knows for sure what will happen to the housing market in the coming year, many analysts agree that things are getting better.

One important indicator – pending home sales – saw a year-over-year increase for the seventh straight month in November, according to CAR. And closed sales were up for the fifth consecutive month as well.

An improving job market and overall economy could translate into a rebound for the housing market as well.

So if you have been holding off buying a home, this may be the year you’ll want to jump back into the market while prices, interest rates and overall affordability are still in your favor. Give us a call and we’ll help make your dream of homeownership a reality in 2012.

That is great news! Hopefully coming to a community near to all of us. When you can get an interest rate of 4% or below the whole world should be buying. Come on growth!!! 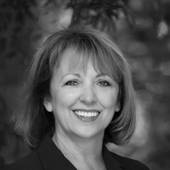