Klikitat (Chinookan: 'beyond,' with reference to the Cascade Mountains. ). A Shahaptian tribe whose former seat was at the headwaters of the Cowlitz, Lewis, White Salmon, and Klickitat rivers, north of Columbia river, in Klickitat and Skamania Counties, Wash. Their eastern neighbors were the Yakima, who speak a closely related language, and on the west they were met by various Salishan and Chinookan tribes. In 1805 Lewis and Clark reported them as wintering on Yakima and Klickitat rivers, and estimated their number at about 700. Between 1820 and 1830 the tribes of Willamette valley were visited by an epidemic of fever and greatly reduced in numbers. Taking advantage of their weakness, the Klikitat crossed the Columbia and forced their way as far south as the valley of the Umpqua. Their occupancy of this territory was temporary, however, and they were speedily compelled to retire to their old seat north of the Columbia. The Klikitat were always active and enterprising traders, and from their favorable position became widely known as intermediaries between the coast tribes and those living east of the Cascade Range. They joined in the Yakima treaty at Camp Stevens, Wash., June 9, 1855, by which they ceded their lands to the United States. They are now almost wholly on Yakima Reservation, Wash., where they have become so merged with related tribes that an accurate estimate of their number is impossible. Of the groups still recognized on that reservation the Toppenish are probably their nearest relatives (Mooney in 14th Rep. B. A. E., 738, 1896) and may be regarded as a branch of the Klikitat, and the Taitinapam, speaking the same tongue, as another minor branch. One of the settlements of the Klikitat was Wiltkun.

The Klickitat were noted for being active and enterprising traders, and served as intermediaries between the coastal tribes and those living east of the Cascade Mountains.

In the early 1850s, the Klickitat Tribe raided present-day Jackson County, Oregon from the north and settled the area. Modoc, Shasta, Takelma, Latgawas, and Umpqua Indian tribes had already lived within the present boundaries of that county.

Between 1820 and 1830, an epidemic of fever struck the tribes of the Willamette Valley. The Klickitat took advantage of the drop in population in this region and crossed the Columbia River and occupied territory occupied by the Umpqua. This was not permanent, however, as they were pushed back to their original homeland.

The Klickitat War erupted in 1855. The Klickitat capitulated and joined in the Yakima treaty at Camp Stevens on June 9, 1855. They ceded their lands to the United States. Most of them settled upon the Yakima Indian Reservation.

Groups:
Welcome to my Neighborhood

Great history lesson. I love this stuff. I am up on the Entiat river, the Entiats are now part of the Colville Federation of tribes along with the Nez Pierce and the all of the NE tribes such as the Okanogans, Colvilles etc...

I have spent a quite a bit of time down in the Wallowas, the Nez Pierce holy grounds.

So much rich history of tribal affairs and the building of the nation.

Jan 28, 2012 07:49 AM
LIKE
#1
Anonymous
Muhammad
You already know my opinoin, but I'll state it here as well. It seems to match what a lot of the other readers already feel. This is by far one of your best works to date. It has elements of many genre's for sure, but the way the horror elements reach out and grab you at the climax just leaves the reader breathless until the very end of the story. There is just enough attachment to the characters to care about what happens to them, especially George, and even a moment when you think the Detective (Joseph) might come in and save the day or at least get word out but nope! Great Story!
May 04, 2012 03:17 PM
LIKE
#2
Show All Comments
Older Post Newer Post
Back to Top
Find what you need?
See More Blog PostsAbout Real Estate! SEE MORE NOW!
Rainer
31,880 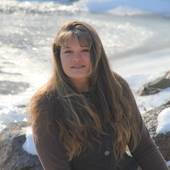