Golden Beach is known as a very upscale community, and many of its houses are worth over a million dollars. Several celebrities, including Bill Gates, Ricky Martin, Benjamin Rose, and a Paul Newman, maintain homes there. The Eric Clapton album 461 Ocean Boulevard was named after the Golden Beach house at that address, a photo of which is also featured on the album cover. The town is surrounded by the cities of Aventura to the west, Sunny Isles Beach to the south, and Hallandale Beach to the north. Another interesting note is that high-rise construction and commercial development are not permitted within the Town limits.

Thank you for reposting, Tatyana. This is really great city on the beach.

Jan 29, 2012 02:50 AM
LIKE
#1
You must sign in or register to leave a comment
Login Register
Show All Comments
Older Post Newer Post
Back to Top
Generate More Leads from this Listing
With a Trulia Pro Account
Learn More
Find what you need?
See More Blog PostsAbout Real Estate! SEE MORE NOW!
Rainmaker
926,486 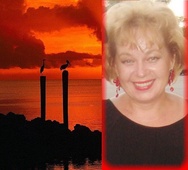