I'm so glad that Tom Clancy is EXTENDING the Jack Ryan franchise to a second generation with his latest offerings....Dead or Alive and Locked On

If you have only known Clancy's character of Jack Ryan via Alec Baldwin * The Hunt for Red October * Harrison Ford * Patriot Games and Clear and Present Danger * of the EARLY CIA Jack Ryan in Ben Affleck's Sum of all Fears you have miss some GREAT reading. 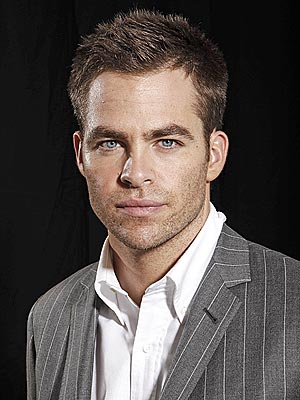 I nominate Chris Pine to play the Jack Ryan JUNIOR character in Chancy's latest 2 offerings when they make it to the BIG SCREEN.

While his father is running for the presidency, JR is with a SUPER secret * COVERT agency working the VERY BACK channels to keep America safe.

Clancy has brought in several of Ryan SR's former associates including the John Clark character played by Liev Schreiber in the Affleck movie.

I'll bet Alec Baldwin NOW wishes he had kept on with the Ryan character movie franchise * he could have played a US PRESIDENT in the LOCKED ON movie.....

Hard to concentrate on your post with a photo of such a handsome man in it............wow, Chris Pine!  I nominate him for ANYTHING!  LOL.

He looks like he can be Affleck's or Ford's son - EARLY Baldwin's son * MAYBE!

IMHO he's better looking than all of them put together, and that's going some!

So where has been Chris Pine been hiding? Surely such a handsome actor has a big future - with or without Tom Clancy.

Anne * he is in the NEW Reese Witherspoon movie and he definitely goes to the gym!  WHEW!

Wallace~ I have not read those Tom Clancy books, but I'm a HUGE fan of the movies.  And I may now be a fan of Chris Pine.  Love Roger's comments!  LOL!

Jan 29, 2012 12:17 PM
LIKE
#6
You must sign in or register to leave a comment
Login Register
Show All Comments
Older Post Newer Post
Back to Top
Generate More Leads from this Listing
With a Trulia Pro Account
Learn More
Find what you need?
See More Blog PostsAbout Real Estate! SEE MORE NOW!
Rainmaker
1,278,094