Groups:
Cuenca for vacations or retirement

Keep working is a must. Great blog! I am a few years away but it always helps to start early. Thanks for the motivation

You know, John.... you have a great point there... it may not be such a bad idea to look at some of the southern countries to spend your retirement years in!  Good article!

Being one of the first boomers, this posts rings so true. Even with accumulating a reasonable nest egg, it is still a bit daunting to think about it especially if you happen to live much longer than your money holds out. Still, it is hard to think of living in some of these areas. Need to more to look into them. thanks and cheers cvc

Now that is thinking out of the box...great call to action, here!

John, have you found the next paradise, it sounds really great I am going to have to google this. Thanks for the heads up. 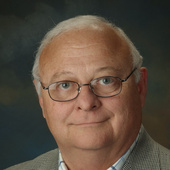 I understand Baby Boomers, because I am one. Having done study and much thought about what a Baby Boomer wants and needs, I am ready to help.