The Turner Hall of Monroe, including its Grand Hall, Ratskeller Restaurant and Family Bowling Lanes, will host its Annual Open House on Saturday, February 4, from 11 am – 3 pm. Featured at the event will be creative room displays and décor, entrée and wine sampling, facility tours, a slide presentation, drawings for Ratskeller gift certificates, and more.

If it's been a while since you've visited Turner Hall...or if you've never visited Turner Hall...this is a great opportunity to acquaint yourself with this historic landmark facility. Established in 1868 by Swiss and German immigrants - a few short years after the Civil War - the Turner Hall of Monroe is believed to be the only Turner (gymnast) Hall of Swiss origin left in the United States, as well as being one of the oldest continuously operating Swiss entities in the country. The original structure, located on the same site as the current building, burned to the ground in 1936. The current building, a Swiss Emmental chalet designed by noted German architect, Max Hamisch, opened in 1938 and is listed on the National and State Registers of Historic Places. Extensive renovation during recent years has restored the building’s authentic ambiance. A 501(c)(3) non-profit corporation, the mission and government of the Turner Hall of Monroe is much the same today as it was in 1868.

Located at 1217 17th Avenue, Monroe, WI, 2 blocks south of the downtown square near the Monroe Middle School, the facility was smoke-free long before it was mandated by the state, and handicapped-accessible. Parking is available in a lot across the street and within a half block. More information is available at www.TurnerHallofMonroe.org, on Turner Hall of Monroe’s Facebook page, or by calling 608-325-3461. 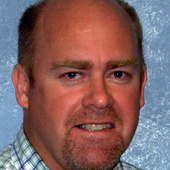