Even as officials at RedPeak Properties are meeting with a consortium of interested parties on its proposed trio of five-story buildings in the heart of West Highland, it has provided a first glimpse of what  the buildings might look like.

RedPeak posted the first public renderings of the buildings on its website today. It noted that they are preliminary, but encouraged viewers to click on them and share them with others.

Tonight, RedPeak is meeting with a consortium called the Design Advisory Committee that includes representatives from Susan Shepherd’s office, the West Highland Neighborhood Association, the No High Rise in West Highland group, and retailers along West 32nd Avenue. Brad Buchanan, of RNL Design, is the architect. RedPeak plans to incorporate the church on Lowell Boulevard into the $35 million development. RedPeak has three parcels north of West 32nd Avenue on Lowell, Meade Street and West Moncrieff Place under contract.

A number of neighbors oppose the plans, saying they are too dense, too tall and will bring too much congestion to an area that already is starved for parking. Some vocal members of the neighborhood want Shepherd to downzone the property. City Councilman Charlie Brown, however, a staunch defender of property rights, said that he would oppose any downzoning, which took place in June 2010. Shepherd was recently involved in a highly publicized shouting incident in her home from two women opposing the current development. Brown, Council president Chris Nevitt and Mayor Michael Hancock, among others, called for civility when dealing with public features. Shepherd said she plans to become a “warrior for civility.”

Mike Zoellner, CEO of RedPeak, said his company ” never intended to create controversy or a confrontation with the neighborhood when it began the redevelopment of this site. Before entering into a contract to purchase the property, we evaluated the history of the project and the current entitlements. We had no indication that our vision would not be welcomed and supported by local residents and business owners. Our design intent has never assumed the construction of a high rise building by any industry standard.”

The project is believed to be the single largest private investment in West Highland.

“RedPeak Properties believes strongly that in order to attract investment capital into the City of Denver, there must be a predictable and supportive public process for land use issues,” Zoellner said. “Our industry and the economic growth of the city depend on this.  RedPeak is proud of the redevelopments we have created and our long term commitment as owners of quality Denver multifamily communities. We remain focused on creating jobs and increasing the assessed value of neighborhoods in which we invest.

Laura Goode, founder of the grassroots opposition group, No High Rises in West Highland, is disappointed that RedPeak is going forward with its plan for three, five-story buildings.

“Despite the clear, widespread message our community has sent, Red Peak Properties regrettably has insisted on proceeding with a project that, as Councilwoman Susan Shepherd has stated, is inappropriate for its location and is based on a flawed zoning change,” said Goode, whose group has gathered more than 2,000 signatures objecting to the project in its current form.

“There is overwhelming evidence that the zoning Red Peak wants to exploit is an anomaly — the parcels on which it wants to build are the only places in the entire City of Denver where an MS-5 designation has been given to Interior Local Residential Streets in a designated Area of Stability,” she continued. “We remain committed to halting this opportunistic attempt by Red Peak and its out-of-state financiers to ignore the wishes of thousand of local property owners, while destroying the character and charm of our neighborhood, and will continue working to support respectful, appropriate development in our neighborhood.”

On Friday, Evan Lichtenfels, development director at RedPeak, said most of the people who attended Wednesday night’s Design Advisory Committee reacted favorably to the elevations it released. “Here at RedPeak, we were very excited to release the elevations for the buildings on Lowell and Meade for the first time to show the public what our project will look like,” he said. “We think that will defuse a lot of the negative commentary based on inaccurate elevations that had been released earlier and distributed widely by the No High Rise group. This shows it is not the monstrosity that had been depicted in the inaccurate elevations released by No High Rises.”

However, some No High Rise members have pointed out that the streets depicted in RedPeak’s elevations appear wider than they are in real life. Lichtenfels that is a fair criticism, but resulted in getting the drawings released in time for the meeting, not by design. “You have these 3-D models and you layer in the images into the rendering. The street width showed up inaccurately. It was not intentional. Our design team was working right up to 5 p.m. That is something we are going to tweak and correct.”

Others, have complained that the drawings to not portray that the church sits on a “hill.” Lichtenfels was unaware of that criticism and said he doesn’t understand it. 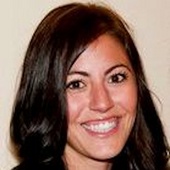