I started on ActiveRain on October 21, 2009.  I didn't know what I was doing at all.  It wasn't until November 20, 2009 when I wrote my first post (poorly written, I might add.)   It took me until November 30th to comment on a post, but only one that day.  Then I wrote my third post on December 21, 2009.  This one wasn't much better than the first one I wrote.  I tried my pen again on December 21st and was thrilled to receive 305 points!  WooHoo!  This got me excited.  I knew my post was at least good enough for people to make comments.

My written posts came few and far between, but I continued to comment on others posts.  I was getting the hang of it, sort of.  I started my Mind Bender series in February of 2010.  I enjoyed building some relationships through humor.  I also attended Rain Camp this month.  The information I received was more than I ever could have expected.

In March of 2010, my post Jack of All Trades, Master of None actually made it on the Daily Drop!  I was hooked.  The thrill of having this kind of recognition felt wonderful.  You see, I am not the best of writers and it has always been a challenge for me to put my thoughts down on paper.  I reached 100,000 points in mid June of 2010.

I took on some contests and tried to write with more frequency.  And that frequency has paid off!  I am addicted to this Rain play.  I have built relationships with many people from across the United States.  Without AR, I never would have even met them.  I have expanded my knowledge.  I have become a better writer (at least I think I have.)  And, yes, I have even gotten a few referrals!  I have even written a few features that I am proud of.

As of this moment, I have 499, 677 points.  Once I post this, and get a few comments, I will reach a half a million points!  If you would have asked me just over 2 years ago, if I could predict how many points I would have at this time, I never would have said a half a million!  But here I am!!!

Tags:
success in the rain

Congratulations on a great milestone Dawn. You don't get that many points without a lot of time and effort. Job well done!

Congratulations on a job well done.  It is a huge accomplishment.

Dawn congratulations that is one great feat to reach a half  a million points in such a short time....it takes dedication and determination. One million  points is getting closer and closer!

Laura & Carole, Jeffrey and Tim ~ thanks!  I was excited about it and had to share my excitement.

A half million points in such a short period of time... you must've been writing your socks off!!  Congratulations on achieving such a great goal.

Nicely done Dawn.  You rock!  Keep up the great work.

Congratulations on reaching the 500K milestone Dawn.  It's been a pleasure taking part of the journey along with you.  Best to you on the next 500K.  I personally miss your DWTS recaps, they were awesome.

Dawn - Congrats on the milestone and the red badge under your name.  Way to go and here's to 1 million.

Well what can one say except for CONGRATULATIONS on the milestone.  I know we have not heard the last from you and that's a good thing

Congratulations on the half million points - that's a huge accomplishment, and your Mind Bender series is great fun.  Have a wonderful day!

Dawn, first congrats on reach the 500K milestone, secondly I love your new profile photo!  I keep forgetting to play the mind bender...I have won before and need to check it out.

And by the way I just went back to visit your first post AGAIN and like I said...a fish to water.

Congratulations, Dawn.  I didn't check but you must be way over that first half million by now.  On to the next half.

Thanks to all of you for readings my blog, for subscribing, for commenting and for being my friend!

That half'a millie is sure a nice milestone.  Congratulations Dawn. 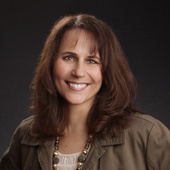