For The Greater Greenville SC real estate market, 2011 will go down in the history books as the year of declining inventory, and December finished off that trend with an exclamation point!

December ended with 6,048 homes for sale in the Greenville area, which is a 17.3% decrease from last December.  That 17.35% decrease represents almost a 2 month supply of homes that are now gone from the market.   The markets current supply of homes now stands at 11 months which is down from the high of 13.9 months in April 2011.

December sales also saw a rise in activity over the previous year as sales increased 1.8% and the average price increased 1.6% to $160,951.  2011 ended with sales increases in five of the last six months with October being the only exception.  The first half of 2011 was tough on the Greenville market as it was going up against the $8000 tax incentive from the previous year which artificially raised the market.  From January 2011 through June 2011 the market was down 14.3%, but we made up most of that ground and ended up being down only 2.5% for the entire year.

So what does all this mean?  With inventory down and home sales on the rise, the Greenville market is making its way towards equilibrium as supply and demand begin to even out.  Barring any catastrophes, I think I can say that we have hit the real estate bottom and are beginning the long climb up.  It also means that if you’ve been waiting for the bottom to get back into the market, now might be the time.

So I still hold the same cautiously optimistic outlook as I did last month.  With interest rates continuing at record lows and the unemployment rate in the Upstate continuing to decline, things might seem rosy.  However, the lack of confidence in Washington as well as the direction of the overall economy causes me to add cautiousness to my optimism. 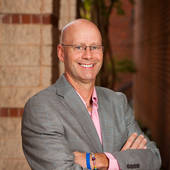