Last night, Jeremy Lin with the rest of New York Knicks play in Madison Square Garden, he scored career-high 25 points, seven assists, and five rebounds in leading New York to a 99-92 victory over New Jersey Nets. And the New York Knicks fan were uproar cheering for this new and up and coming Asian American basketball player.
In end of 2011, Jeremy Lin joined New York Knicks from San Francisco Golden State Warriors, making him the fourth ASIAN AMERICAN and FIRST American born Taiwanese-Chinese basketball player to join NBA. He is 22 years old, 6'3 tall with laser focus ambition had helped him succeed not only in basketball, he is also a proud Harvard University graduate. Well Jeremy, we are very proud of you too. We hope you will keep on scoring for New York Knicks and silence the critics with your athletic ability. We are proud that you are out there representing Taiwanese Americans and showing the world that we are not just great at academics but we are athletic and well versed in other parts of lives as well. We are proud of your hardwork, putting Asian Americans on the world stage of Basketball and pave the road for the future Asian American players.

Groups:
The Art Of Marketing You
I Love NY
Posts to Localism
40 Somethings
WeBlog Anything (almost)!

Great post, Eileen. Jeremy Lin has lots of fans all over the world. He's amazing. I can see why you're proud of him and your heritage. Having been to Taiwan I know that Taiwanese are more than just good in academics. :)

Thank you Katerina. I am very proud of athletes that works hard to make it into national teams, especially when they are Taiwanese descent. I am hoping the fans will get to embrace him as well.

I saw some highlights on ESPN of his 25-point performance... g

I don't know how I missed this post Eileen.

I love this guy. What a story of belief and persistence. And after hammering the Lakers yesterday, this is no fluke. The man is an excellent player and an even better man off the court.

Eileen-He has skills and with persistence one can go far, regardless of where one comes from. That's true for basketball and business. Although it does help to be well over 6 feet in height for basketball. 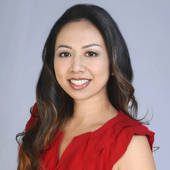