I've long since been a believer in the BlackBerry and a long time user. For at least 7 years I've proudly carried my BlackBerry, upgraded to whichever was the latest and went on with my life as one of the millions of CrackBerry Addicts, then one day while minding my business Apple unveils the iPhone. At first I ignored all of the colorful ads, the news reports of the long lines of people waiting to purchase this thing called the iPhone and I continued in my blissful BlackBerry/CrackBerry existence.

That was until about late November early December 2011 when I began missing numerous phone calls which for us Real Estate Agents means losing money. I work in a very centrally located area of Kew Gardens in Queens NY, we never have problems with cell phone coverage so when the beloved BlackBerry began to fail on me it posed a huge dilemma. After about 2 months of missing calls and losing business, I made the very difficult decision to join the iPhone revolution.

At first I was very apprehensive and decided I that wasn't going to like the iPhone, I didn't want to be that girl- the one who could not live without the iPhone, the girl who would camp outside of Best-Buy or the Apple Store in Manhasset with my friends drinking Starbucks and stalking the front of the line however, I have to be the first to admit the fact that after about 2 weeks of getting to know the iPhone I think we're getting married in the Spring, I LOVE IT!

There are so many apps, the screen is bright I use it to listen to music when I work out, there is a COMPASS so when I get that "are we facing west or east question" I can answer with full confidence! I have to admit that I still carry the BlackBerry in my handbag however, I am a true believer in the iPhone! You made the right choice. I had one Blackberry and that was one to many.

Make me laugh. I too swore to never give my blackberry up. It works, it fits, I know it, I love it. Finally, buy one get one free convinced me to get a droid. I agreed only because I was not going to sumbcum to the the iphone addiction. I now also love my droid........all the time thinking I could have an iphone. Tired of eating crow. Once I had a buyer pull up 3 sites before my droid opened my realtracs page. Guess next upgrade I'll be a iphone addict. 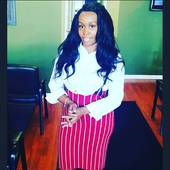