I am convinced that today I heard an angel sing.  She had me at the first note, this angelic being whose heaven sent voice rang out and touched thousands of leaders and dignitaries from around the world with a message too powerful to ignore.   One that calls on us all "to believe in a day when hunger and war will pass away".

On February 2, eleven year old Jackie Evanco performed at the National Prayer Breakfast, at which President Obama was the keynote speaker.   With a voice as extraordinary as hers, it is easy to believe that all things are possible...including the day when hunger and war will no longer exist. 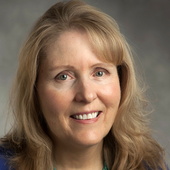