The Southwest Florida Real Estate Investors Association (SWFLREIA) has released their January foreclosure trends report. The results show 451 Certificates of Title (COT) were recorded in January 2012 which is a 29% increase from the 350 COT's recorded in January 2011. During the same period there was also a 45% increase in mortgage related Lis Pendis with 423 in January 2011 compared to 612 in January 2012. This may appear to spell trouble for the recent increase in prices but we need to put this in perspective. The robo signing scandal created a slowdown to the foreclosure process as banks reviewed paperwork and re filed foreclosure notices. That process is winding down so now those properites that were affected are coming back in to the system. In 2008 there were 1700-2700 Lis Pendis filings every month. A drop to the 600 range is a good thing and indicates we are in recovery. Since 2006 Lee County has had 78,665 Lis Pendis and many of those properties are sold. Foreclosures are not an infinite number. How many more can we have left?  See the full report here. 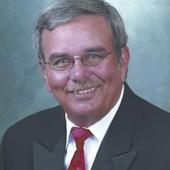