This hillside neighborhood is located just past the Hawaii Kai Post Office and is reached via Kaluanui Road and climbs a ridge of the Koolau mountains and overlooks Hahione Valley. House lots in this neighborhood are generally hilly or sloped. Because of this, views of the ocean, Koko Head, Koko Crater, Hawaii Kai and the inner harbor and canals are outstanding, many are panoramic.

Most of the homes built in Mariner’s Ridge were built in the early 1970′s. Roughly 275 homes were built by a California developer in the lower two thirds of the ridge at this time. In later years over 150 lots were sold in the upper section of the ridge, where owners built custom homes. Today homes in this area total 429.

The average home is roughly 1,600 to 2,800 square feet in size with lots average 9,000 to 10,000 sqaure feet and many, because of such steep sloping lots, have multiple stories or floors, taking advantage of the hillside and views.

TRY ADVANCED MAP SEARCH FOR Honolulu, Diamond Head, Hawaii Kai, Kailua and all of Oahu
Save Your Searches, Save Your Favorites, Emailed Alerts for New Listing Matches
LIKE
Re-Blog
close 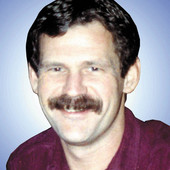