Some great news from an article on Mauinow.com about visitor spending in Hawaii December 2011 – see below. This is a positive sign for our economy here in the islands. This year is the year of the Dragon in Chinese culture. The dragon brings good fortune and is a sign of intense power. I am hopeful that this year the dragon delivers just that to our islands!

When you are ready to find your good fortune here on Maui give me a call on my direct line at 808-276-2004 or visit my website www.SoldOnMaui.net to search the Maui MLS & check out new listings and much more. Or e-mail me at trendi@maui.net and tell me what you’re looking for and I will help you find your fortune!

For the month of December 2011, total visitor spending reached theunprecedented high of $1.298 billion for the state of Hawaii, according to preliminary statistics released by the Hawaii Tourism Authority today.

The increase, up $220.6 million over December 2010 in visitor spending, marked the 20th consecutive month of year-over-year growth since May 2010.

December’s strong performance also resulted in annual visitor expenditures increasing to $12.581 billion in 2011, making it the second highest level of visitor spending in the history of tourism in the Hawaiian Islands, down 0.4% compared to the 2007 peak year when visitor spending reached $12.626 billion. Total visitor arrivals also increased 3.8% to 7,284,069 visitors over 2010.

Hawaii Tourism Authority’s chief executive officer, Mike McCartney acknowledged in a written statement that improvements in airlift and access to the Hawaiian Islands were the key to the record levels of spending seen last year.

“This year we saw significant increases in airlift to our state from emerging and established markets contributing to the strong year in visitor spending and arrivals. The HTA has worked with our airline partners to establish more direct flights servicing the neighbor islands, which has helped to contribute to longer length of stay on the four major islands and in turn higher visitor spending. We anticipate the announcement of new routes in the first half of 2012, which will also help us continue with the momentum we saw last year.” 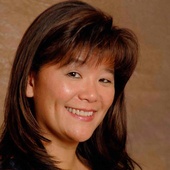