2011 has closed and the real estate analysis has been done.  By most accounts 2011 was a worse year than 2010, but let's take a look at what actually happened in Manchester CT in 2011. As you can see, there was quite a bit of variability among months. Remember that the home-buyer tax credits expired in June 2010 so we saw a surge of activity in the months preceding the deadline.  We also saw a surge in June 2011 because the real estate conveyance tax was set to increase on 7/1/11.

We don't have any incentives on the horizon, unless you count the very low mortgage rates we have been enjoying, so we will have to wait to see how 2012 turns out.  Going forward, I will be reporting both the average sale price and the median sale price.

Yes isn't it amazing how that tax incentive made such a POSITIVE difference and yet it is now gone?  Go figure.  What started working was eliminated.

Peggy, those tax credits had an effect on sales all the way through to September 2010. As for the sales figures, the Courant had an article last week, on our sales being the lowest in almost 30 years. We have no where to go but up.

Peggy like Ed pointed out the $8,000 First Time Homebuyer Tax Credit in 2010 had a lot to do with the sales volume in 2010.  2011 did not have anything like that to stimulate things, and the figure clearly show that.  However, 2012 is starting out with a bang, and I hope if finishes with a big boom :)

Things in Manchester look a lot like our Sacramento region.  Though prices have stopped dropping rapidly. They are basically going up and down each month with still a slight decrease.  I'm still waiting for our Jan. stats to come out because our inventory is so low, prices should pick up!

Hi Kevin - The tax credit definitely had an impact. I also found in our area that the median price was higher too because of the demand.

Hi Ed - I read that article and it was really a wake up call. Let's hope things have leveled out.

Hi George - The mortgage rates are definitely helping--things have to improve.

Hi DeeDee - I'm not sure our January will show great improvement. I think it's going to take a while but the spring market is just around the corner, so we can hope!

Manchester........talk about close to the old homestead.........Gurleyville is where we lived before Florida...I remember visiting the Nathan Hale homestead in Coventry as a child and again on vacation when I was in high school............beautiful countryside........my mom always referred to your area of the country as God's Country.

Peggy, sure hope 2012 becomes a better year for both buyers and sellers!

I am on board with the others, I think the tax credit was responsible for those sales.

Your market sounds very similar to ours.  But I am seeing positive signs.  I think prices may have already bottomed; if not, we are awfully close. 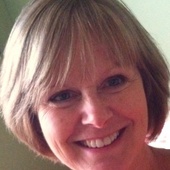