Broomfield continues to amaze. Having lived in another city and served as a County official I cannot be more amazed at the level of service the city provides. Immediately following last weeks 20 inch snow storm the plows had the made a path down the street and the crews were clearing the paths through the parks. Few, if any, city governments are as conscientious as Broomfield.

Last night we attended our caucus at Broomfield High and were more than pleasantly surprised. The city had officers directing traffic and made the influx of over seven hundred people and their cars seem like an every day event. Thanks to Broomfield High School, Boulder Valley School district and the Broomfield Police Department, their efforts made what could have been an absolute mess into a very smooth operation.

Is it any wonder that is consistently chosen as one of the best places to live in the country? I joke with friends that Broomfield has become the city that others wish they were. Nothing better than having your first impressions be reaffirmed every day. 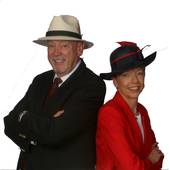 Thoughts and information on just about every aspect of real estate. Combining over 50 years of experience in marketing, managing, training and staging to bring you the latest trends and thoughts on the Market and the industry