This is my 1st blog and what I have chosen to write about is not in response to any other blogs, but just a topic I've chosen to write about. My hopes is that you will take it as my story and not my take of the current housing mortgage market. I come from the subprime sector of origination. I came into this market in 2003, clearly originating subprime loans because of my desire to help others obtain their dreams of homeownership. When I began working for a local mortgage broker, many Account Executives from local banks would come into our office and hold trainings, and teach us about what they could do. Stated income, 100% financing loans, low fico, even as low as 560 was the lowest 100% product non-FHA that I had come to know. Disregarding collections, and accepting non-traditional credit as acceptable became a familiar guideline that many of these Account Executives discussed during these trainings. Soon enough we would get calls from borrowers and realtors saying things like, "I just need this to be done", or "Can you get this done"? So, loan origination for me was all about being able to process and close a loan, INITIALLY.

As time went on, it became clear to me that some the folks that were coming to me, shouldn't be buying even if these banks could do the loan. So at that time I sought out specialized knowledge in the mortgage industry, through a series of loan originator resources like, The Loan Toolbox, Mortgage Market Guide, Todd Duncan, Steven Marshall's Strategic Equity, books written by Douglas Andrews, and used many tools like, The Mortgage Coach, and had even gone through training as a Certified Mortgage Planner, and passed the CMPS training in March of 2006. I had studied and learned about FICO scoring, and had even worked on my own credit through The Credit Resource Group that is recommended in The Loan Toolbox. I attended many seminars and have spent countless hours listening to podcasts, conference calls, watched webinars, and done almost everything that any loan originator could do to become more specialized in placing loans and understanding the mortgage industry. I held FICO scoring training for realtor marketing meetings, held first time homebuyer seminars, and managed a small net branch that was aimed at education, and had written articles in newspapers.

To that end, it has brought me to the reason why I began this particular blog. Many of the folks that at least I have worked with, and have seen, did not obtain these loans fraudently. For some originators like myself, short term ARM programs were used to help folks who needed to get into some of these homes, and these programs were touted as a way to help them reach their long term goals, of owning a home under a 30 year fixed rate mortgage. I didn't do many pay option ARM loans, and had declined more borrowers than I had actually originated. My point is that while many of us had helped some of these homeowners get into that short term ARM product, many of us didn't know that, that other bank that would help facilitate a transition, that bank that we could refinance their loan into, once they had fixed their credit, would go out of business. I didn't see this coming until around summer of 2006, when it was obvious that many lenders had been changing what they could and couldn't do. However, prior to that, it wasn't as simple as closing a loan in a 30 year fixed rate mortgage, because their rates were at times .75% - 1% higher than a 2 year fixed rate mortgage.

The frustration that I feel as a professional loan originator, is that the rug was swept from underneath many people like me. As many investors stopped buying these mortgage backed securities in the secondary market, these banks began to change, and that in turn changed how originators like myself, conducted business. These investors changed, and many banks just simply cut the loan product or closed their doors. And here we are left with no options for some of the homeowners we had helped. You could say that it is our fault because we placed these folks into these loans. But during these times, the idea of 100% financing, and saving your down payment money in a side account that would grow, and help a homeowner truly optimize the benefits of owning a home, and take advantage of tax benefits, was the ideology that grew rapidly that some of us originators believed. Many industry experts and authors had contributed to this idea, and opened our (loan originators) eyes to the reason why our parents believed in paying down your mortgage was due to the Great Depression era and "due on sale" clauses in mortgage notes that no longer existed, and the fact that the bank can't take your home away as they did back in that time (which in no way compares to foreclosures - because a foreclosure and the taking back of a home nowadays isn't for the same reason as during the Great Depression). This idea that it wasn't a bad thing to finance your home 100%, as long as the money saved from not putting that down payment was organized in a safe and secure side account was featured by many of these industry experts. Many of their ideas, wasn't aimed at subprime borrowers, but it contributed to the ideas of professionals like me, who felt that you could use a mortgage to your benefit, and long term goals. And that you could take a temporary situation and help these folks, through industry tools like referrals to credit repair outside companies, financial planners, and cpa's, truly become more stable long term through the final steps that included refinancing these folks out of these loans in 2 to 3 years.

I do see the foreclosures going on in the housing market, and my heart does go out to those that have lost their homes. However, many of these folks could've gotten out of their loans, had there been no secondary market fallouts. My hopes in you reading this blog is that you will see subprime mortgages in a different light. I have done less than a few loans as no doc loans. And as many of the subprime borrowers I dealt with did have jobs, and savings, but had difficulty in showing their income due to being self-employed. Some of them also had bad credit, but could re-establish themselves in 2 to 3 years. Anyways, many subprime mortgage originators have gone out of this business, but through the specialized knowledge that I sought out in my career as a Professional Loan Consultant, I do understand the cyclical real estate market, and although my clientele has changed a lot, I will always have a special interest in helping subprime borrowers out.

Maryann.....Excellent article on the old market. 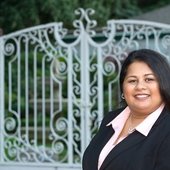