The usual culprit - Hallmark Cards!  The Gringe may have stolen Christmas, but it was Hallmark who stole St. Valentine's Day.

The origin of the celebration of St. Valentine's Day is generally accepted as the commemoration of the martyrdom of a Christian priest called Valentine, who was executed by the Roman Emperor Claudius, around 270 BCE.

Claudius had forbidden the citizens of Rome to marry, because he thought it made the men less eager to go to war.  In spite of the ban, Valentine continued to officiate at marriage ceremonies until he was eventually caught and imprisoned.

Valentine remained in a dungeon until his death on February 14th, 270 BCE.  He was buried in the church of Santa Prassede, in Rome, where his tomb can still be seen today.  Valentine's martyrdom was later recognized by the Catholic Church with February 14th being declared St. Valentine's Day.

Fast forward to medieval Europe when the feast day was romanticized and the practice of sending letters or cards, often containing poems, was started.  These messages were anonymous and were sent by admirers to the person who was the object of their affections. When I grew up in England this was still the practice; anonymous cards were sent and the sender was never revealed.

The idea of sending St. Valentine's Day messages came to the U.S. in the 1800s, but the translation from a private, anonymous message to a sweetheart, to a mass commercial campaign with greetings cards for every imaginable friend and relative, started with Hallmark Cards in 1913 and has just got bigger and more widespread until today, when few people know what it is really about.

Perhaps it's time to turn the clock back and reinstate the original idea of an anonymous message or gift.

Hi Chris, Thank you for the history about Valentine the priest and the history of the holiday celebrated in his honor.  I too remember as a child here in Pennsylvania getting a package of small cards that would not be signed and placed in the box of everyother student in my class.  Not sure what is practiced in elementary schools these days.  Hallmark has made its mark on this and many other holidays.

I did a post recently about an organization called Giving Anonymously.

Chris ~ I grew up in England too.  It was more fun to send and receive anonymous cards.

Thanks for the history lesson. Love the idea of anonymous giving. But that would put the card stores out of business.

Chris, I remember decorating shoe boxes at school and each of us exchanging cute little valentines.

Chris hope you had a great Valentines Day!  What an interesting bit of history! 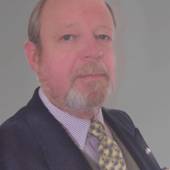