Lost and Alone in Spruce Grove

Finding homes in Spruce Grove, Stony Plain, Parkland County and the Edmonton region of Alberta is what I do for a living.  I think of myself as pretty good at it, but I learned a few new things about the process recently.  The being in need of a home was not a person, but a cat who decided my home was a good place to live!

I like cats, and dogs too, but because both my wife and daughter have severe allergies, we’ve never been able to keep a pet.   This sweet little cat arrived at our door and showed no signs of leaving, especially after we fed her.  It seemed as though we’d have to keep her, even though my wife Paulette was covered with hives.  What to do? After the cat had been hanging around our house for a few days, becoming more skittish and scruffy-looking, I asked my cat-loving assistant if she wanted to adopt another cat.  Regrettably, no, but she had a few suggestions.  The cat has to belong to someone in your neighborhood, she said, so why not put a sign on the mailbox at the end of the street?  Ring doorbells up and down the street and ask if anyone’s lost a cat.  Put an ad in the local paper.  Contact local vets or the local pet store to see if anyone’s reported a missing cat.  Contact Parkland County Animal Control to report finding a cat.  When I told her Paulette and our daughter Devan were on their way to deliver the cat to the Edmonton Humane Society, she was horrified.  I was under the impression that the Humane Society tries to find new homes for cats.  That’s true, she said, but many don’t find homes and are euthanized. I immediately phoned Paulette to get her to change her plans.

If the old legend of cats having nine lives is true, then this cat had at least one of her lives saved that day!   Paulette had decided to take the cat to one of the veterinarians in town to see if they could help.  The vet checked the cat and discovered that it had been tattooed.  What’s more, the vet was able to match the tattoo information with the name and address of the cat’s owner.  It turned out that the owner of the cat had recently moved to our neighborhood.  The cat had not yet gotten used to its new surroundings.  Lots of happiness all around when the cat was reunited with her family.

So, what did I learn from this experience?

Barry, so glad you were able to find the cats owners. You have some great info here on what to do when you find a lost pet.

We found a lost dog and knocked on all the neighbours doors. It was a great way to meet people.

Well that was a happy ending Barry, your persistence paid off and the cat went home. 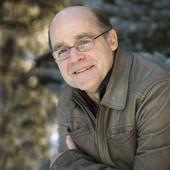