The DFW office market is getting really hot as reported by BISNOW's commercial real estate newsletter. In 2011, the DFW market absorbed 2.4 million square feet (SF) of office space. That's the highest since 2005 and triple 2010's absorption. The 2005 number was 3.4 million SF.

Amazingly, there is still new constuction in the market - 785,000 SF of it largely build-to-suit projects which are expected to be delivered this year in Plano and other areas. No new projects are scheduled to start though. So that means that vacancies should decrease if positive absorption continues and rental rates could firm up. Landlords could start pulling back on the amount of free rent they are offering to tenants as well.

BISNOW cautioned tenants to beware because rental rates are starting to tick upwards. They said there are 6 million SF of active deals in the market and those are just the ones with 25,000 SF or more. Many of those are likely existing tenants considering a move so that wouldn't result in all positive absorption.

Good news for landlords. Not so much for tenants. 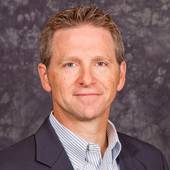