So I have a listing that has recently been assigned to me. I do my usual occupancy check and MLS search to see what information is in MLS. The home has previously been listed as an REO with a different agency in my town. I list the property, it goes under contract, 15+ offers later. In the 3 day timeframe it took to get an accepted offer, I find out the home was previously under contract and never made it to closing because of an IRS lien. Title confirms the home has a redemption period that could last until May. Interesting that IRS liens, according to my title company, do not just get released from the property. If the IRS are notified BEFORE the foreclosure, supposedly, they will release the property and I guess the lien follows the borrower who is losing the house. If the IRS is NOT notified the property is going into foreclosure, it becomes a mess. Can you guess which is the case with my asset?

Another reason lenders should pull title PRIOR to foreclosure. This could end up being the best thing that ever happened to the borrower if the lender who foreclosed is forced to not only lose money on the loan itself, but now has to pay off an IRS lien that could be larger than the property would ever bring. This could take a while.

Wow! Now that is an eye opener. Keep us posted on the resolution of this problem.

I was curious to know what the lenders would do to get out of the situation they put themselves into. I have some companies who will do title searches prior to list but I couldn't say they pull title prior to foreclosure. This may be a good point to make with sellers and lenders when working with short sales since title is typically pulled during a short sale. Just makes sense doesn't it? Yet, REO attorneys don't always do it. This can't be the first time this has come up...can it?

That is a very difficult set of circumstances.  It is something the bank should routine do.

Thanks for the information Mike, I may check them out just to see what they have to say. This is definitely a new situation for me in my 12 year career but I embrace the challenge. Something else for me to learn. I will be very closely monitoring how this property title gets cleared up so that if this happens again, I will be prepared with what the process will consist of and how long of a time frame the buyers need to prepare themselves for. Interesting indeed.

Like
Anonymous
den
I just found out I will owe the IRS over $15,000 this current year. I frantically proceeded to start phoning legal professionals and certified public accountants yet I was not convinced who to retain and could not manage to pay for the "retainer costs." Then I ran across ConsumerTaxReports.Org and was amazed at all the groundwork they had executed. Just about every significant company I was browsing at was recently evaluated with an enormous record detailing their services, costs, recognition, and even more! This site is a must for men and women like me. http://www.ConsumerTaxReports.org
Like
#6
chevron_left
Older Post
Back to Top
Newer Post
chevron_right
Rainer
96,803 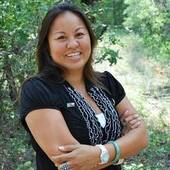