Getting to and from Hampton Roads is going to be even easier in the coming months… and that’s a welcome development for area residents.  Earlier this week, a press conference was held to announce that People Express Airlines (PEOPLExpress), a new airline, reviving the name and spirit of the iconic 1980’s low fare carrier and flying full size Boeing 737-400 jets with seating for 158 passengers, will be headquartered in Newport News with operations based at Newport News/Williamsburg International Airport.

This is exciting news for Hampton Roads for several reasons.  One of the potential benefits of a new company being established and based in any city is that it brings new employment for the region.  This has a positive impact for local job seekers and also promises to bring inbound relocation to the area.  A ripple effect from inbound relocation is a corresponding demand for homes, goods and services in the region, and as demand for housing increases, often, so do property values.  The prospect of increasing property values can capture the interest of real estate investors and over the longer term, if demand continues to grow, the impact can even result in new residential real estate construction and commercial development.

Another benefit of the People Express announcement is the role that airline service plays in the desirability of an area.  Both companies and individuals often consider accessibility and travel/transportation costs when choosing where to make their homes or expand their businesses.  An increase in population and business activity certainly has a positive economic impact and establishment of PEOPLExpress flight operations at Newport News/Williamsburg International Airport may cause companies who might not otherwise think about opening a facility in the area to reconsider.

Details of the People Express Airlines operation at Newport News/Williamsburg International Airport are still forthcoming, but Mike Morisi, People Express’ COO stated that PEOPLExpress will initially serve cities in the Florida, New England and Great Lakes regions of the country with fares as low as $69.  Potential cities mentioned include Pittsburgh, Providence, West Palm Beach and Newark.  Service to Boston and Orlando were also mentioned as possibilities for later expansion.

So whether you are looking forward to a vacation later this year or the prospect of a shot of adrenaline for the Hampton Roads real estate market and local economy, there’s a lot to be excited about when it comes to People Express… the hometown airline for southeastern Virginia!

For more information about buying a home or investment real estate and in Newport News, click here. 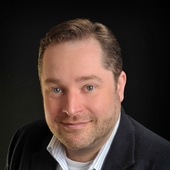