Congress Mica held a Beach Renourishment roundtable at the GTMNERR on Monday, November 19, 2007 that I attended.

He said the feasibility study would be completed in 2010.

Then an appropriations bill will have to be passed by Congress.

Not until the bill is past can the Army Corps of Engineers being work on the design and specs to fix the beach.

After the design work then the actual renourishment can begin. So I am guessing 2013 at the earliest unless some severe action is taken to expedite the process.

Following are my detailed notes from the meeting:

Mica reported that he is the top Republican on the Transportation Committee which oversees the Army Corps of Engineers. This is key as the Corps is the group charged with protecting the beaches. Congress must authorize the Corps before they can act. In 2007 Mica was instrumental in getting an appropriations bill passed that will help with beach renourishment by funding a feasibility study. He reported that the last appropriations bill passed was in 2000 and that President Bush actually vetoed the 2007 appropriations bill. Mica stressed that he was instrumental in getting Bush's vetoed overturned. Mica added a provision to the bill to look at beach restoration in any part of St. Johns County. So, now the Corps has the authority to conduct the feasibility study to determine what to do.

Col. Paul Grosskruger with the Army Corps of Engineers gave an update. He said that erosion is faster than in the past. They need to look at a long-term view. The erosion affects the entire east coast. The federal feasibility study is currently underway. He said there is $200,000 in the budget for the study. Congressman Mica asked Col. Grosskruger to let him know as soon as possible if more money is needed for the study. Col. Grosskruger reported that the study is expected to be completed in 2010.

Residents must work with the state for short-term solution for homes on the edge of falling into the Atlantic Ocean. Permits from the DEP for temporary bulkheads do seem to be going through, but some residents voiced some frustration.

Jerry Scarborough with the DEP stressed that in order to get federal funding (at a 50% match maximum) you must be sure there is a federal interest. He stressed that there must be public beach access and parking every 1/2 mile for the Feds to participate. Every access must have sufficient parking for public use. Tom Turnage with the citizens group South Ponte Vedra-Vilano Beach Restoration Association, Inc., stressed the number of public access points in the area and had the St. Johns County Beach Management report that details all of them available for Mr. Scarborough's use.

County Commissioners Bryant and Stevenson offered some solutions. Commissioner Stevenson asked if using a shuttle bus was an option and was told yes. Commissioner Bryant said parking is not available directly across from the many access points due to the state of Florida purchasing Guana and that the state would have to agree to provide parking (gravel lots).

I went up to Congressman Mica, Jerry Scarborough and Col. Grosskruger after the meeting and introduced myself as the chair of Scenic & Historic A1A Corridor Management Council (CMC). I said that the federal or public interest in renourishing the beach in St. Johns County is more a transportation issue. The "public interest" is in protecting a state scenic highway and a National Scenic Byway. Additionally, the road needs protecting, as it is an evacuation route.

Mr. Scarborough went on to explain that once the feasibility study is complete and you can justify public/federal interest, you go forward for authorization via Water Resources bill. Once it's authorized, the Corps can move forward with design/build. The design specs take 1 year to do. Construction takes about 1 year, too.

Citizens asked Mica to start working on the appropriations bill now so that when 2010 comes we don't have to wait another 7 years for approval like before.

Residents discussed the temporary armament (seawalls). No one wants to put them up, but they are necessary to save homes. It was mentioned that the way the code is written (you can't apply for a permit until the ocean is within 20' of the structure) has created a zigzag of seawalls. Additionally you can't protect vacant land unless seawalls are in place directly north and south of the property. So if you have a home next to a vacant lot, you risk the water running behind the seawall and destroying it quickly. Also, the seawall would impact the vacant lot. Mica will ask the state to address these issues and to understand the arbitrary 20'. 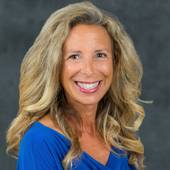