Rain or Shine - We Roll in Pensacola - So goes the local mantra come February! Pensacola's 2012 Mardi Gras season started out with blustery wind and rain, but the inclement weather did nothing to dampen the enthusiasm of the Pensacola revelers.

Perhaps the infectious party spirit is as important as the colorful floats, beads and costumes when it comes to enjoying Les Bon Temps!

Here's what's on tap for this final weekend of Pensacola Mardi Gras:

Saturday, Feb 18 - The Pensacola Grand Mardi Gras Parade rolls down Palafox Street today at 2pm. The ever expanding Pensacola Mardi Gras Parade won "Best Parade" by In Magazine last year, so if you are in or near Pensacola you don't want to miss this one. Over 30 Krewes, ranging from the Krewe of Bad Habits to the Krewe of Daisy Dukes, take to the streets in their most festive garb. This parade is always a big hit with families. Lots of beads and goodies will be, quite literally, up for grabs.

Sunday, Feb. 19 - Two parades are on tap. The Krewe of Wrecks Parade on Pensacola Beach starts at 2pm. This is ALWAYS a popular parade, well known as THE party parade, so you will want to get there early if you are a spectator. The parade starts at Via DeLuna and Avenida 10 and rolls to the Gulfside Pavilion at Casino Beach.

The Krewe of Jesters parade on Navarre Beach starts at 1pm, but the Navarre Beach bridge closes to traffic at 12:30, so make sure you are over the bridge by noon. The parade starts at the intersection of Arkansas and Gulf Blvd and rolls to the state park at the east end of the beach. Bands will be playing all afternoon and there will be fun for the entire family.

Fat Tuesday, Feb. 21 - The Priscus Celebration starts at 7pm in downtown Pensacola. South Palafox Street to Government Street and Government Street to Tarragona will be closed to traffic for the party venue. Exuberant music, good food and general merriment are the order of the night as Pensacola's Mardi Gras once again winds down.

Groups:
All Things Florida
Almost Anything Goes
National Women's Council of Realtors - Not Just for Women!
Posts to Localism
Realtors®

You are right about the weather. Hope it cooperates fror you. Mardi Gras fever sure seems to be out there this year. Must be time for some moon pies and beads. 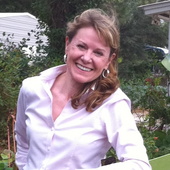