Well alas - after a trip over the holidays in which I left 21 minutes in to the MLS Championship after New England found themselves up 1 - nil, I set my Tivo and departed.  While staying here in the US I wanted to stay clear of the final score to watch upon my return almost 9 days later.  After having a great deal of fun in the 90's (and historically) at the expense of the numerous failures of the Buffalo and New England areas teams failure in their prospective professional sports loosing in their championships, I found myself wondering at times, if they were somehow able to blow the lead - I shouldn't even have to bring up the Red Sox, as that just goes without saying (what kind of sick masochist individual would be a fan of a Boston Team).

I returned to another realization, while in the Great State of Iowa, I found the news on the normal CNN, FoxNews, local news, and even some ESPN at times throughout the trip, and of course catching the traditional Cowboy Game after eating three days worth of Turkey.  Watching more Political Pundits than I knew existed (my first trip to Iowa during the Presidential Caucus).

Upon my return, again 9 days later, I find that it was not that hard to keep myself out of the know on the outcome.  In fact, while away, I heard absolutely nothing about soccer.  What that tells me at first thought is that neither coach benched their starting goalie, nor did a player slap a header in the chest of their opponent (well this happened, but it obviously lacked the luster or the force of Zidane, thus not newsworthy enough for even a bottom line streamer of CNN).  I find that as long as these types of events do not occur, it is extremely easy to assure you will not happen upon the outcome of any soccer game.

I am now brough back to point - they blew it AGAIN.

This brings me to three points:

1.) the US still has no clue about the beautiful game - or its destiny as the lack of coverage was expected, but dissappointing.

2.) New England is a funny place to have a professional team, and worse, to have fans.

3.) if you are reading this to finality, you can truly call yourself a soccer fan...There is so little information available---true fans will read anything as it relates to soccer to get our fill :) --  OK that was just wrong, but I am laughing inside just a little. Show All Comments
Danny Thornton
R & D Art - Knoxville, TN
WordPress Guru
Colin, welcome back. Have not see a blog out of you in some time here. And I have to agree with you, Americans have no CLUE how to handle SOCCER. But we hope to learn.
Like
Eddy Martinez
Nationwide Funding Group - Highland Park, CA

Collin does speak the truth here. It will be some time until the U.S. gets a real concept and grasp of how soccer is important to certain sports fans. The bottom line is that soccer doesn't bring in the big bucks like football , baseball and basketball do year in and year out.

Like
Dick Betts
TOUCHSTONE REAL ESTATE - The Villages, FL
REALTOR® The Villages, Florida
Hey Collin County and Plano Texas we are coming to town.  GE Security the Supra people have hired me for 2 full days of classes being offered at the CCAR offices on Coit Road in Plano.  If you have a Smartphone or been thinking about buying or replacing one you need to attend.  I have built a special web page on my site covering which classes I will be offering www.dickbetts.com/collincounty.html   I also have provided a link to sign up.  These classes are free to the members of CCAR and I look forward to seeing you there!   Dick Betts National Speaker
Like
chevron_left
Older Post
Back to Top
Newer Post
chevron_right
Rainer
8,751 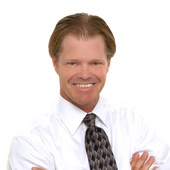 The level of service provided each day is what separates over-achievers.