For the first time in 19 years, Nevada is NOT the fastest growing state in the country. That distinction now belongs to Arizona.

The Census Bureau released numbers today showing Arizona had the fastest population increase rate during the one year period ending July 1, growing at a rate of 3.6 percent. Arizona was closely followed by Nevada, Idaho, Georgia and Texas.

According to the Census Bureau, 213,000 people moved into Arizona. It seems like roughly 212,997 of them were from California. The vast majority appear to have moved into my immediate neighborhood.

What motivates people to move to Arizona? Some probably think it's affordable housing, jobs, nice weather, stuff like that. But personally, I think they do it solely to work with a particular amazing real estate agent. And really, what more reason is needed?

Links to the news abound. Here are just a few:

In honor of Arizona's new distinction, Rich Jacobson has been named the #2 agent in Arizona. Happy Birthday Rich!

Funny how migration trends show population increases in areas where the bubble is bursting and slow growth in areas that never saw quick or sharp appreciation over the last few years!

Like
Eric Bouler
Gardner Realtors, Licensed in La. - New Orleans, LA
Listening to your Needs
Lower taxes than Ca. Business is moving out of a big state and they go somewhere close to start again in an area that will not hender their growth. Schools are most likely good, welfare rolls are low, no public housing, poor people are not mobile and tend to stay behind. It drains the rest of the community and the flow continues towards opportunity. Most likely unions are not strong, There is a mix of republicans and democrats where one is not in sole power.
Like
Anonymous
Diana Corrales REALTOR

I moved to Southern AZ 20+ yrs ago from California as an employment transfer. From being a starving college student in CA to an immediate homeowner doing well in AZ. Bought my home on 1 acre fr $60k in 1983. I moved to a place where I do not have to lock my doors & fear all the crime.(Burglaries, gang violence, homicides). Where my sons were given an opportunity to grow up safe & of sound mind.  Where the skies are blue, the stars are bright. Where air is breathable. AND housing affordable.  Needless to say..... I love it here.

Am a Broker-REALTOR/Coldwell Banker & help relocate people to this area. Many CA residents have come in the last few years, fleeing the congestion & crime. Selling their basic home for $400-600,00+ and coming here to buy a brand new, basic home for $120-140,000 CASH and investing the rest in a business, other investment properties, or leaving it for retirement. Something they could never dream of doing in California. Many taking their children out of harms way, bringing them to a more rural setting, back to basics lifestyle here in Santa Cruz County. (I-19 corridor) A lush, high desert area.

Many seniors moving here as well from all over the U.S. Fleeing from the cold and looking for affordable housing with ammenities. We have a retirement community with many ammenities for seniors... nearby.

This area has something to offer everyone, except those that enjoy the busy-ness of the city and the fast, night life available in the metro areas.

Broker Bryant and The Lovely Wife (pretend we are singing it works better like that) ROAR!

Like
Tony and Suzanne Marriott, Associate Brokers
Serving the Greater Phoenix and Scottsdale Metropolitan Area - Scottsdale, AZ
Haven Express @ Keller Williams Arizona Realty
Jay - Nice to see the government is once again confirming what we already knew sometime AFTER the fact!  Perhaps the bubble heads will think again with that kind of demand for homes in AZ.  And - Yes - BTW - I'm Back!!
Like
Jeff Turner
RealSatisfied - Santa Clarita, CA

We were just in your neck of the woods.  I snapped this photo of my mini me on Camelback.  Yeah, I can do that too!  LOL Pssst...It's us. Happy New To You...Sorry we think it sounds better without the Year. SVW.

From Broker Bryant and The Lovely Wife...Wishing You a Good New. ROAR!

While these are not my words, they are the words of an amazing rock song that conveys my wish to you on this eve of a New Year.

Like
Doug Lindstrom
eXp Realty - Loveland, CO
I escaped California myself and Jay, I can assure you that it was not the real estate agents that compelled me (us) to want to move. I am constantly reassured by our decision to move whenever I look at the sun set behind the Rocky Mountains. Congrats on being #1. I'm OK with less people moving to our state, less traffic, more fish for me to catch, etc.
Northern Colorado
Like
chevron_left
Older Post
Back to Top
Newer Post
chevron_right
Rainmaker
1,368,611 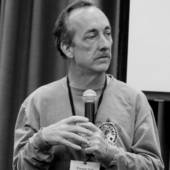