More and more, we are all facing stressful lives.  I can't tell you how many friends and acquaintenances my age (60s) have expressed their wish to drop out and disappear.  People who read alot are concerned about world events and the changes in our society.  Different environments appeal to many people.  It may be the beach, the mountains, the desert, etc.  For me, the beach held alot of appeal until I had to live with all the tourists (we need them), the heat, the traffic, and all the regulations of living on the water.  I really like the people in the West Jefferson area; most grew up on the neighboring mountains and they are fiercely independent.  I had a chuckle when I commented that I wanted to put some rock steps down to the river but I wanted to be sure it was legal to do so.  I was quickly told that no one was going to tell them what to do on their own land.  My husband discovered a downtown cafe run by an ex-marine so he is thrilled that when he gets up early, someones has coffee available early in the morning. (It's not me!)  It's like a small artsy community...the way old Southern towns used to be...very friendly.

I have blogged before about my family's reason for choosing West Jefferson so I won't go there, again, but each time I go...I fall more in love with the river and the surrounding mountains.  It is the oldest river in the US and 2nd oldest behind the Nile. I have been researching land for sale for friends and I found that land in the surrounding areas can be bought for less than $10,000 (not on the river).  I found one piece that is so thickly wooded with maple trees that I doubt anyone could find you without specific directions...it was beautiful just standing in the woods and so quiet.  Boone, Banner Elk, and Blowing Rock are just minutes away and so is the Blue Ridge Parkway. 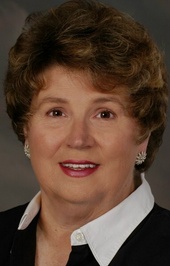