Moody's estimate there are $400 Billion in SIVs, but it could be more since they are off the books. The Savings and Loan crisis was $150 Billion.

Have you ever heard of a SIV? You will soon. Just imagine Enron practices, and apply them to most major banks. (see WSJ article)

After a scary lunch with a bank friend of mine, I actually looked into buying Gold (see the the new GLD, basically gold, but in the form of an easy to buy "tracking stock" or EFT, kinda like the US dollar 35 years ago which was backed by gold).

So, now I'm doing research to better understand this stuff through other sources. I figured rather than keep all of this information to myself, I would share it, and maybe together we can get our virtual hands around it.

A SIV is a Structured Investment Vehicle (see Wiki definition).  Here comes the important Enron part: they are kept OFF BALANCE SHEET. Through some legal trickery, ala Enron, they can keep these subcompanies (funds) off of their balance sheets, so nobody really knows how much loss, or gains, or exposure these b

anks have. And in the world of leverage, your dozens of Billions of dollars can vanish overnight.

Have you heard of the Super Fund SIV bailout proposal? Reading from a few blog and articles, it is essentially banks bailing each other out, and finding a way to profit from it. But essentially it is moving money from a smaller shirt pocket to a larger pant pocket.

Individuals might think that they are fine and the government can bail them out? FDIC insured right? Technically maybe, but if the US just prints more money to make up for it, there are international ramifications. We can't do things in a vacuum. The US is not the world. The dollar can collapse against foreign currencies, just like Mexico's currency collapsed in 1994.

Also let's stop blaming the press. We blamed them when everything was skyrocketing, accusing them of wanting to sell advertising to builders. Otherwise, if this collapse occurs, we will blame the press for not telling us about it. Also to say that the press causes fear, and fear causes collapse is absurb. Banks doing Enron-type off banks trickery is the cause, not the press that expose them. If anything the press makes things pop FASTER, and thus making for a LESS severe fall.

I know it sounds like doomsday stuff. I was born to Cuban parents that had everything taken away, so I hear these things and I know they can happen. The question is how likely is it? Under 1% 10%? Under .00001

This stuff could be REALLY bad.

and CNN's The next credit scandal

Show All Comments
Brian Block
RE/MAX Allegiance, Managing Broker/Branch Vice President - McLean, VA
Northern Virginia & D.C. Real Estate
Frank, an interesting piece and food for thought, for sure.  Of course there are fears that this type of activity could lead to an Enron type disaster, or a bailout akin to the S&L debacle of the 80s.  Speaking of S&L crisis, some of those lawsuits are still going on.  For 2 years, I worked at a law firm representing major banks and thrifts still suing the Feds over the handling of the S&L meltdown.  Thanks for the information on the SIVs -- I'll have to explore your links further.
Like
FRANK LL0SA Esq.- Northern Virginia Broker .:. FranklyRealty.com
Northern Virginia Homes - FRANKLY REAL ESTATE Inc - Arlington, VA

The problem is, it might not be able to simply be a US bail out. SIVs are leveraged in a way, and in such unknown amounts that they could be large enough to collapse the dollar. If the US bails out, all that means is printing money. Our dollar is being kept up artificially. If the dollar gets devalued by 30-70%, the bailout will be nothing compared to a dollar collapse. Sounds crazy, but how crazy is it that ENRON isn't bad enough, but possibly EVERY LARGE BANK has their own Enron.

Moody's estimates the exposure being as large as  $400 Billion

When you leverage to make money, it can be wiped out overnight.

Like
FRANK LL0SA Esq.- Northern Virginia Broker .:. FranklyRealty.com
Northern Virginia Homes - FRANKLY REAL ESTATE Inc - Arlington, VA
I just added to the blog, that these vehicles are levered 14 to 1.
Like
Anonymous
Tom McCammon
What is particularly troubling about SIVs is that many large money market mutual funds (UBS, Schwab and Mogran Stanley among others you have heard of) have some sigificant SIV exposure.  Even at exposure levels of 1-3% of assets under mangement in the funds, MMMFs could "break the buck" if SIVs fail, or even they just suffer asset devaluation.  Just a few months ago BofA, Chase and Citi formed a superfund to repurchase some of these assets in an effort to prop up the asset values, but in the past week or so even that fund appears to be in trouble as potential investors have been hesitant to invest in it, if not avioding it altogether.  It hasn't been decided yet what, if anything, regulators are going to do with regards to this situation, but if assets continue to get downgraded by ratings agencies we would likely see more and more losses stemming from these vehicles, which would force the hand of regulators  to intervene.  That said, there is part of me that is getting the growing suspicion that some banks actually want these funds to fall in value so they can dump them on the way down to an artifical low and then pick them up at pennies on the dollar and ride the wave upward as the true value, net of hysteria pricing, manifests itself.  Then again, it could be a real problem.  Anyone have a crystal ball?
Like
#13
FRANK LL0SA Esq.- Northern Virginia Broker .:. FranklyRealty.com
Northern Virginia Homes - FRANKLY REAL ESTATE Inc - Arlington, VA

did you all see the $50BILLION dollar bail out of SIVS??

This blog troubles me, its is correct but SIV's have the right to do swaps, essentially trading out bad assets for good ones even assets of other markets, i.e auto loans, credit cards etc. to keep the yield up above grade.  I spent alot of time running a private equity group and buying ABS especially RMBS is normal course for most major investment houses.

The assets purchased are stratified into pools that have a yield.  Investors are sold a yield and the bank or fund makes the spread.  These investments are usually packaged as CMO (Collateralized Mortgage Obligations)or ABS (Asset Backed Securites, more than just mortgages)  and are placed into trusts.  The trusts have limited functions and authorites, swaps are usually one of the authorities.

So why not swap?  Would you swap your good loans for bad one's then report those bad ones on your balance sheets therefore increasing your cash reserve requirements?  I think not.

The same hedge funds that used to buy subprime, now buy what is termed scratch and dent or npm's (non performing mortgages) only now they do not buy them from the traders but go bank direct.  Why not traders?  Because the banks got greedy and opened their own in house trading desks in an attempt to cut wall street out.  The traders created the markets and kept things moving.  Without the traders the banks were now investing in their own partially funded SIV's consiting of CMO/ABS or CDO (Collatereralized Debt Obligations, 1st's, 2nd's 3rd's, other equipment) to fully fund the trust or SIV

The banks are now selling their bad paper to the same hedge funds that bought the subprime paper with guaranteed rates of return, a double whammy to the banks.  in my opinion the banks did this to themselves.

Will there be a bank bailout?  No but there may be acquisitions or mergers.

I'm all for being corrected, but based on what you said, I didn't follow it.

1) Are you saying I am wrong somewhere?

2) Are you saying Off Balance Sheet Accounting is good and won't result in a collapse of the markets?

Not wrong just not complete.  Off balance sheet is okay if you understand the dynamics of the trusts and investments.

"Will there be a bank bailout?  No but there may be acquisitions or mergers"

Not one bank, if you even understand the strict definatition of bank, has been bailed out.  The banks have been taken over by the FDIC not bailed out!  Investment firms are getting bailed out, banks are merging like i said.  At least I understand the Kool Aid I drink!  Investment class 101, whats the difference between a bank, s&l, thirft, credit union, or bank holding company.  I guarantee you have no idea who regulates each without looking it up.

He who has no name:

You pedantic d-bag. In light of this mess and the fact that we are in fact bailing out wall street and printing imaginary money at break-neck pace to get it done, does it really matter what the "strict" definition of bank is?

this is very article thank you for sharing me.

This is a very nice article
Thanking for sharing me
https://secure.religareonline.com/ContinueLogin.aspx

this is a very good article
https://secure.religareonline.com/ContinueLogin.aspx 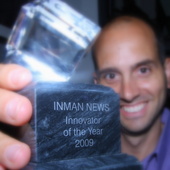