Home > Blogs > Randy Randolph > Randy Randolph ~ Uber Broker
bookmark_borderbookmark
How many Million Dollar Plus Homes Do You Think SOLD in Redmond in 2011?
I thought that there would be a lot. Since Redmond is home to Microsoft and dozens of other High-Tech Companies, but only 23 homes in 2011 SOLD for $1,000,000 or more in Redmond, according to Northwest Multiple Listing Service.

While most of us aren't in the market for a high end property, Redmond does have a lot of very affordable homes. If you would like a FREE list of home FOR SALE in Redmond <Click Here> 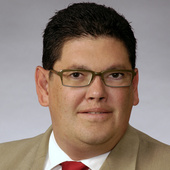 We can’t be happier with Randy! We had to move overseas for work, and Randy represented us in renting and managing our property. He’s friendly, ... more

He is friendly and outgoing. I was impressed with his listening skills when discussing my wants and needs. I felt that he was honest on presenting ... more

5.0/5.0
by Marilynb2
My Seattle Real Estate Listings on Zillow